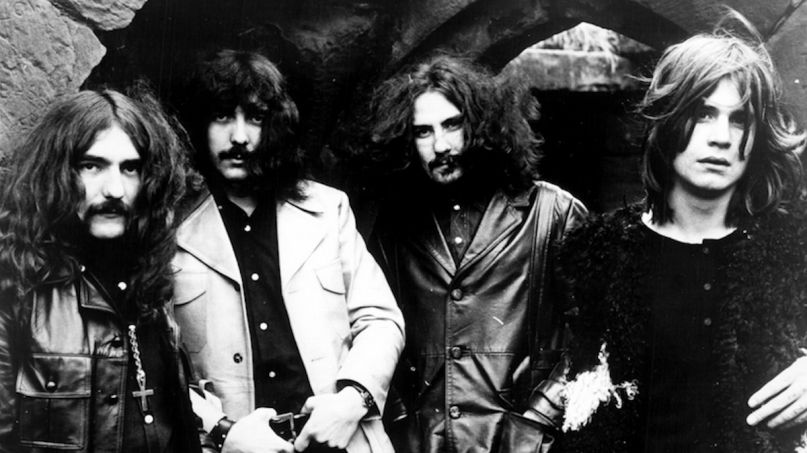 A year after Ozzy Osbourne contemplated playing “one last gig” with Black Sabbath, he has now put the kibosh on the idea. In a new interview, the metal legend admitted he doesn’t have the “slightest interest” in reuniting with his pioneering band.

In the past year and a half, Ozzy, guitarist Tony Iommi, and bassist Geezer Butler all left the door open for a Black Sabbath reunion in separate interviews. Ozzy said he regretted that Sabbath played their final shows in 2017 without original drummer Bill Ward. “The four of us started this, and it should have been the four of us ending it … Maybe one day there’ll be one last gig,” the singer told Kerrang in a May 2019 interview.

As recently as May of this year, Iommi told SiriusXM’s “Trunk Nation” that it “would be good” to play at least one more Black Sabbath show, if not more. And last year, Butler told Classic Rock magazine “never say never” when asked about a potential reunion.

Now, though, Ozzy has changed his tune. When Rolling Stone mentioned Iommi’s recent comments about Sabbath playing again, the singer responded, “Not for me. It’s done. The only thing I do regret is not doing the last farewell show in Birmingham with Bill Ward. I felt really bad about that. It would have been so nice. I don’t know what the circumstances behind it were, but it would have been nice.”

He continued, “I’ve talked to [Tony] a few times, but I don’t have any of the slightest interest in [doing another gig]. Maybe Tony’s getting bored now.”

That said, Ozzy still plans to return to the stage as a solo artist. He was in the midst of his farewell tour when he got hit with a series of health setbacks, including a staph infection in fall 2018, pneumonia in early 2019, and a serious fall at home. At the beginning of this year, he revealed he had been diagnosed with Parkinson’s disease. He canceled his 2020 tour dates, which had already been rescheduled from 2019, in order to seek medical treatment, but as it turns out he would have had to cancel the tour anyway due to the pandemic.

“I’m working out every day,” Ozzy said of his determination to perform again. “I’m doing the best I can. I’ve got to do gigs. I haven’t done my last gig yet. Even if it’s just to do one gig, I will do a gig. Then I’ll feel like I finished my job.”

As for retirement, Ozzy explained that it’s not an option. “Retire from what? It’s not a job. How can you retire from a rock band? It’s like saying, don’t plug in your amp. I don’t know anything else. I’ll retire when they put the f**king nail in the lid.”

Despite being sidelined from the road, it’s been a fruitful time for Ozzy. A new documentary, The Nine Lives of Ozzy Osbourne, premiered on A&E on Monday night, plus a biopic chronicling Ozzy’s relationship with his wife Sharon is in the works. The metal icon is also back at work on a new album, just months after releasing his latest LP, Ordinary Man.