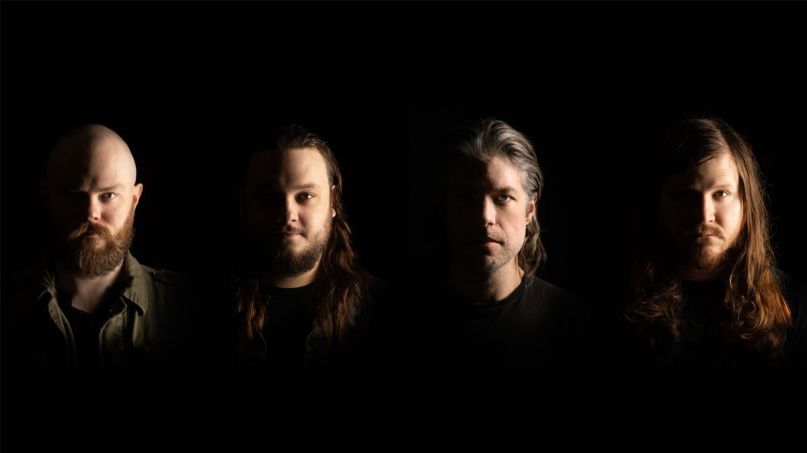 With Pallbearer gearing up to release their fourth album, Forgotten Days, the band has today offered up the LP’s third single, “The Quicksand of Existing”.

The track continues a string of strong singles for the album, including “Rite of Passage” and the title track. Again, it’s Pallbearer in full doom mode. Chugging riffs make way for Brett Campbell’s vocals, delivered in a theatrical style that invokes the genre’s great singers like Ozzy Osbourne and Scott Weinrich. Director Ben Meredith’s narrative video for the song parallels the band’s own concept — the song being a “reflection on family and loss,” according to the band.

“As we strive to be, the forces of entropy perpetually pull us down into a state of being unmade,” bassist/songwriter Joseph D. Rowland said in a press release. “The body degrades; the mind and memories fray into unwoven threads, no longer connected to the rich fabric of the self. Choices made upon our separate and conjoined paths may find us engulfed in a mire of our unmaking. I wanted this song to face this reality with a grim determination.”

If the three singles are indicative of the rest of Forgotten Days, fans are in for a riff-filled philosophical journey. The band’s lyrics have always veered toward the literary, cemented by a backbone of surging heavy metal that remains as crushing as it is emotional. The band tapped producer Randall Dunn to conjure the sound of the new album, Dunn having previously worked with such doom luminaries as Sunn O))) and Earth.

Forgotten Days arrives October 23rd, with pre-orders available via Nuclear Blast and Amazon. Stream the video for “The Quicksand of Existing” below.