Parks and Recreation Leaving Netflix at the End of the Month 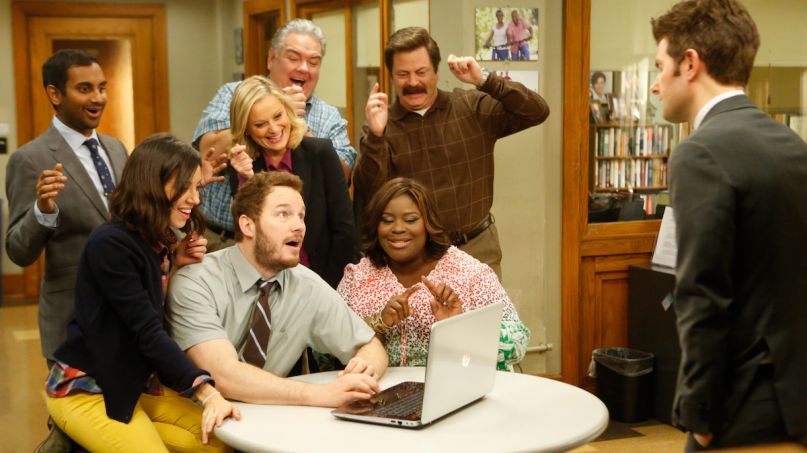 Get ready to treat yo’ self to one last binge watch of Parks and Recreation, because the beloved sitcom is set to leave Netflix on October 1st.

As of the end of the month, you will no longer be able to revisit the Pawnee posse on Netflix, Amazon, or even Hulu. The news was expected since NBC decided to launch its own proprietary streaming service, Peacock, which went wide on July 15th. Now, Netflix’s show page has revealed that Parks and Recs will make its exit at the end of the month. Everything hurts and I’m dying.

Of course, this doesn’t mean Leslie Knope is gone from our lives. Parks and Recs will end up on Peacock in the near future, though exactly when is not yet known. It’s also unclear how many of the show’s 126 episodes will be available on the nascent streamer’s free tier. Still, one has to assume that at least a few will be there to entice viewers to upgrade their subscription. So in the end, it’s not the woooooorst.

Another popular NBC comedy, The Office, is also set to depart Netflix in 2021. The television streaming wars are in full effect, but just remember: There has never been a sadness that can’t been cured by breakfast food.

The Parks and Rec cast has reunited twice this year. Back in April, they filmed a scripted, socially-distanced special in support of Feeding America’s COVID-19 Response Fund. Last week, a handful of the show’s stars and its creator, Michael Schur, took part in a livestream town hall Q&A for the Democratic Party of Wisconsin. The donation-based event raised funds “to ensure that Trump loses Wisconsin, and thereby the White House.”