Raised by Wolves Renewed at HBO Max for Season 2

The streamer's top-performing title to date 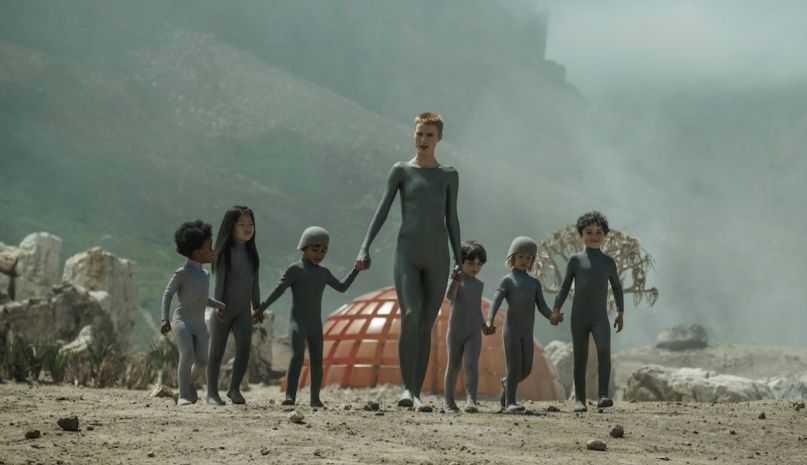 While the new TV series just launched earlier this month, it’s already taken off as the streaming platform’s top-performing original by far. In today’s announcement, HBO revealed that Raised by Wolves saw an audience growth rate of nearly 50% (!) in its second week alone. In addition to serving as executive producer, Scott directed the first two episodes, marking his first-ever TV show for American audiences.

“When I think of Raised by Wolves, I think of artistry; artistry in crafting a compelling storyline, artistry in the out-of-this-world production design, special effects and cinematography, artistry in our actor’s portrayals of these memorable characters, and artistry attached to the legendary work of Ridley Scott, Aaron Guzikowski, and our phenomenal crew,” said Sarah Aubrey, head of HBO Max, in a statement. “This chart-topping series beautifully weaves together Ridley’s hallmarks of sci-fi and horror while offering fans one of the most original storylines they’ve seen in some time. I can’t wait to see what’s in store for Season 2.”

Raised by Wolves follows two androids — Mother, played by Amanda Collin, and Father, played by Abubakar Salim — who are tasked with raising human children on Kepler 22-b, a mysterious virgin planet, to essentially kick-start the human race. It turns out holy wars destroyed Earth, and those same religious fanatics, dubbed Mithraics, have just turned up on Kepler 22-b to make a new home.

Our writer Clint Worthington called Raised by Wolves a natural extension of Scott’s brand of sci-fi. “Against the arid paradise lost of Kepler-22b, Scott and Guzikowski find ample room to explore the myriad flaws that lie within all of us — our capacity for rage, jealousy, violence, our need to protect the in-group at the expense of the out-group,” writes Worthington. “Put simply, it’s the purest expression of the classic 1960s science fiction allegories of Clarke, Amisov, and Walter Miller Jr.: show us the inevitable destruction of mankind in the unimaginably far future, and dramatize its last gasps at survival.” Read his full review here.