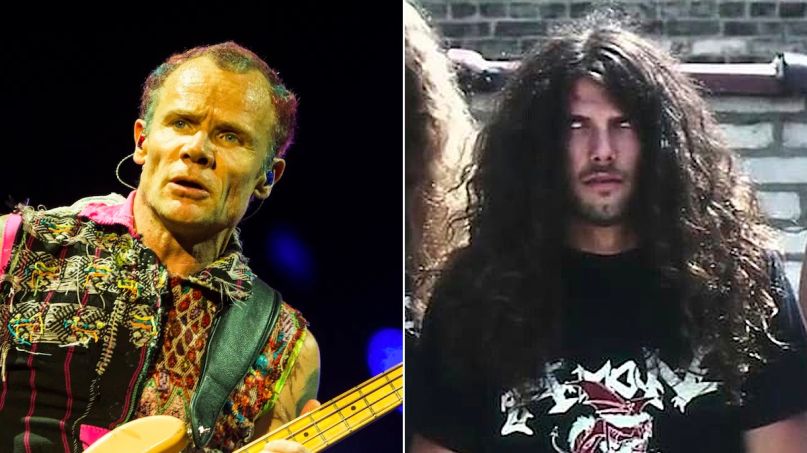 Funny enough, among the responses Flea got was from Barnes himself, who wrote, “Blood Sugar Sex Magik [is] my favorite RHCP album.” That led guitarist Jeremy Wagner of the death metal band Broken Hope to reply, “Chris… I remember when we toured together in the fall 1995, all you did was listen to RHCP’s One Hot Minute album NON-STOP. It had just come out and you were nuts for it.”

This year was supposed to be a big one for Red Hot Chili Peppers, with guitarist John Frusciante back in the fold after a 10-year absence. The band was set to record and release a new album this year, but it appears that’s on hold along with any tour plans, due to the pandemic.

Perhaps Flea was looking for some heavy inspiration as the Chili Peppers get ready to record the follow-up to 2016’s The Getaway. Now it’s just up to Anthony Kiedis to work on his growl.

To hear what Flea deemed “f**king insane”, check out Cannibal Corpse’s “Hammer Smashed Face” below, followed by the aforementioned tweets on the matter.

Ok I’m going in with tomb of the mutilated

THIS SHIT IS FUCKING INSANE!!!!!!! WHOOOOO!!!!!WHAAAAAAAA