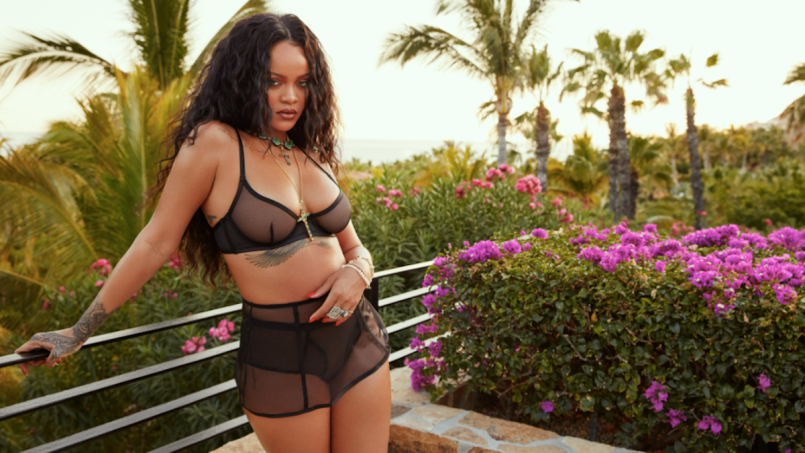 Rihanna has announced the second annual Savage X Fenty lingerie fashion show. According to a new trailer, the event will stream through Amazon Prime on October 2nd and feature performances headlined by Travis Scott and Rosalía.

Founded in 2018, Rihanna envisioned Savage X Fenty as a more inclusive underwear brand, with a wide-range of fabric colors to complement all skin tones and an expanded range of sizes. The first show took place last September during New York Fashion Week, and saw appearances by Migos and Halsey, among others. This year’s lineup is even more star-studded, as in addition to Scott and Rosalía, Savage X Fenty Vol. 2 will see performances from Miguel, Bad Bunny, Mustard, Roddy Rich, and Ella Mai.

That would be one hell of a concert, but of course the purpose of this event is to showcase a new line of lingerie. To that end, even more big names have been enlisted, including superstars Lizzo, Big Sean, and Demi Moore, rising young artists Normani, Rico Nasty, and Chika, models Cara Delevigne and Bella Hadid, and charismatic beneficiaries of nepotism including Willow Smith, Paris Hilton, and Christian Combs. Check out the full announced guest list in the trailer below.

Rihanna spent our summer of hell throwing herself into social causes. After George Floyd’s brutal killing, she released a statement addressing her own “devastation, anger, sadness.” She donated $5 million to coronavirus relief, and then an additional $4.2 million to domestic violence victims impacted by COVID-19 lockdowns.