Riz Ahmed Is a Drummer Going Deaf in Sound of Metal Trailer: Watch 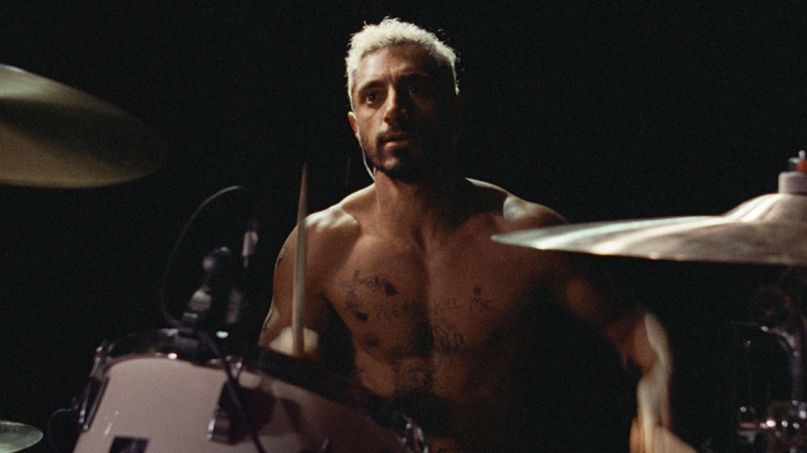 September is National Deaf Awareness Month, which makes it the perfect time to drop the first trailer for Sound of Metal. The movie stars Riz Ahmed as Ruben, a drummer whose entire identity is thrown into question when he loses his hearing.

A recovering heroin addict, Ruben drums behind his girlfriend, Lou (Olivia Cooke) in a two-piece punk-metal act. The pair are enjoying life on the road in their Airstream until years of pounding the kit takes its toll on Ruben’s hearing. Lou finds him a sober living home for the deaf, where he begins to grapple with his new reality and what it means for the life of music he’s always known.

Sound of Metal marks the directorial debut of Darius Marder, who also co-wrote the script with his brother, Abraham. Marder is best known as the co-writer of the 2012 Ryan Gosling vehicle The Place Behind the Pines, but from the looks of this new preview, he’s about to have a breakout. The movie looks utterly powerful, and with the promise of “startling, innovative sound design techniques,” it’s setting up to be one of the most captivating watches of the fall.

Check out the Sound of Metal trailer below. The Amazon Studios film is set to hit select US theaters on November 20th before coming to Prime Video streaming on December 4th.

A musician in his own right, Ahmed also raps under the name Riz MC and is a member of the trio Swet Shop Boys. Earlier this year, he released his debut album under his own name, The Long Goodbye.