"There's a whole Twitter generation of people who hang around waiting to be offended." 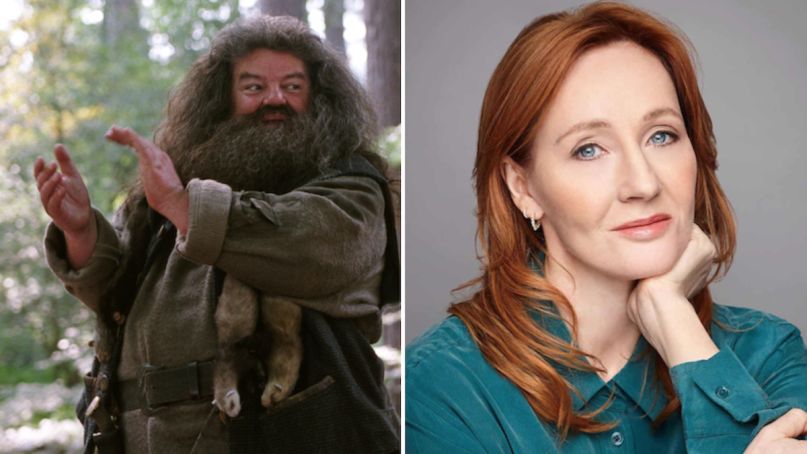 Many of those involved in the Harry Potter franchise have spoken out against J.K. Rowling’s series of transphobic statements dating back to last winter. Daniel Radcliffe, Emma Watson, Rupert Grint, and Eddie Redmayne have all issued statements condemning the author’s comments. However, it turns out she has at least one member of the Wizarding World in her corner, as Hagrid actor Robbie Coltrane has now come to her defense.

The latest round of controversy was sparked by tweets Rowling sent in June. After suggesting trans-affirming language “removes the ability of many to meaningfully discuss their lives,” she called gender reassignment a “new kind of conversion therapy” for gay people. She even wrote a 3,600-word essay in which she argued allowing transgender women into “single-sex spaces” would “make natal girls and women less safe.”

Speaking with Radio Times (via NME), Coltrane called out those who took offense to Rowling’s remarks. “I don’t think what she said was offensive really,” said Coltrane. “I don’t know why but there’s a whole Twitter generation of people who hang around waiting to be offended.”

Coltrane went on to criticize the general idea of people expressing outrage online: “They wouldn’t have won the war, would they? That’s me talking like a grumpy old man, but you just think, ‘Oh, get over yourself. Wise up, stand up straight and carry on.” For point of fact, the grumpy 70-year-old was born in 1950, five years after the war was won.

Still, Coltrane was aware his comments would draw the controversy they clearly have, and he refrained from saying anything further. “I don’t want to get involved in all of that because of all the hate mail and all that shit, which I don’t need at my time of life,” he concluded.

Coltrane’s interview was published just hours after it was revealed that the antagonist in Rowling’s new book is a cis male serial killer who cross-dresses to get close to his female victims. Entitled Troubled Blood, the 900-page mystery novel is being released under Rowling’s masculine pseudonym, Robert Galbraith. Last month, Rowling returned her Robert F Kennedy Humans Rights award after the organization denounced her transphobia.