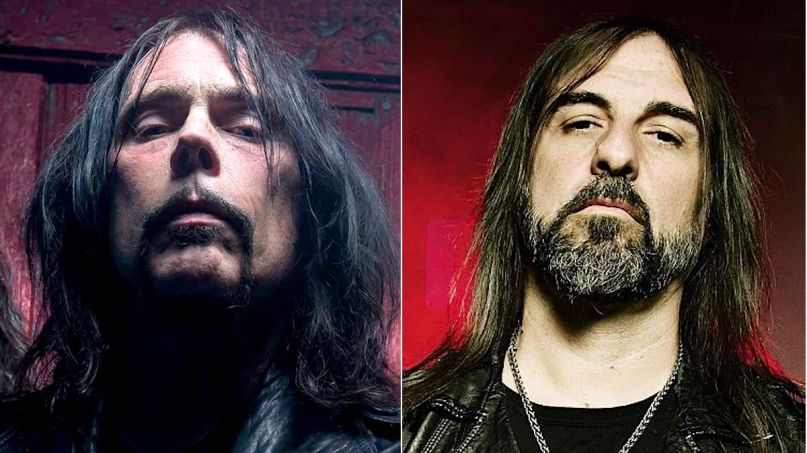 Early on during the COVID-19 outbreak, bands who announced rescheduled dates for early 2021 probably thought they were playing it safe. Now, with no end to the pandemic in sight, those rescheduled tours are starting to get canceled themselves.

Headlines predicting that the concert industry would not return in earnest until late 2021 or even 2022 seemed shocking when they first surfaced back in the spring. But as we head into October, those prognostications are now turning into a reality.

Veteran stoner rockers Monster Magnet were set to kick off a North American tour in celebration of their 1998 album Powertrip on March 20th of this year. When the pandemic hit, the band postponed the tour but eventually rescheduled the dates for January and February of 2021. Recently, Monster Magnet canceled those rescheduled dates, explaining via a statement on Facebook that it didn’t “seem logical” to proceed as if those shows would take place:

“Unfortunately, due to ongoing COVID concerns and continued restrictions we are canceling our January/February 2021 USA tour. Holding your money and moving the tour for a second time hoping to be open where we move it to does not seem logical or fair at this point. We would prefer you all had the money back in your pockets and we hope to rebook this at a more appropriate time for all. Please get refunds at point of purchase.”

On Monday (September 28th), Greek black-metal pioneers Rotting Christ did the same, announcing that their “Devastation on the Nation” headlining North American tour had been canceled. That tour — also featuring Borknager, Abigail Williams, and Imperial Triumphant — had been set to launch on March 19th of this year, and was quickly rescheduled to begin February 11th, 2021. Rotting Christ offered a similar statement on their Facebook page:

“Headlining U.S.A. tour cancelled! There is no easy way to put this but another scheduled event, this time for 2021, is cancelled! Having no clear picture of what the future holds plus more and more venues closed down we decided to not promise you something that we are not 100% able to provide you. So feel free to refund your purchased ticket and look forward to seeing you all when this crazy situation is over. Meanwhile, we would like to thank you from the depths of our heart for all the support you have given us these wild times. It seems that our Metal Community is a strong and faithful family that everyone should be proud. Horns Up, brothers — We keep on going united…and until the end!”

Unfortunately, it appears that there will be more of these announcements in the coming weeks, especially regarding tours set for the first quarter of 2021. Many prominent rock and metal bands elected to reschedule their outings for summer or fall 2021, and it remains to be seen how those tours will be affected.

In the meantime, bands are getting creative in the ways they present live music to fans. Baroness and Lamb of God recently streamed concerts in which they performed full albums front to back. Meanwhile, Corey Taylor is playing his upcoming solo album, CMFT, in full, along with Slipknot and Stone Sour favorites, during a full-production pay-per-view arena concert being streamed from an otherwise empty Forum in Los Angeles.

Elsewhere, Metallica streamed a concert at drive-in theaters across North America in August, while Staind’s Aaron Lewis and Godsmack’s Sully Erna are set to embark on a U.S. tour of drive-in shows with fans in attendance, albeit in a socially distant manner.

Previous Story
beabadoobee Unveils New Song “How Was Your Day?”: Stream
Next Story
Sufjan Stevens on His 2018 Oscars Performance: “One of the Most Traumatizing Experiences of My Entire Life”
Popular
More Stories
[fu-upload-form form_layout="media" title="Submit Your Photo"][input type="hidden" name="ugc" value="1"][/fu-upload-form]