Saba Unleashes New Songs “Mrs. Whoever” and “Something in the Water” Featuring Denzel Curry: Stream

His first solo efforts since 2018's Care for Me 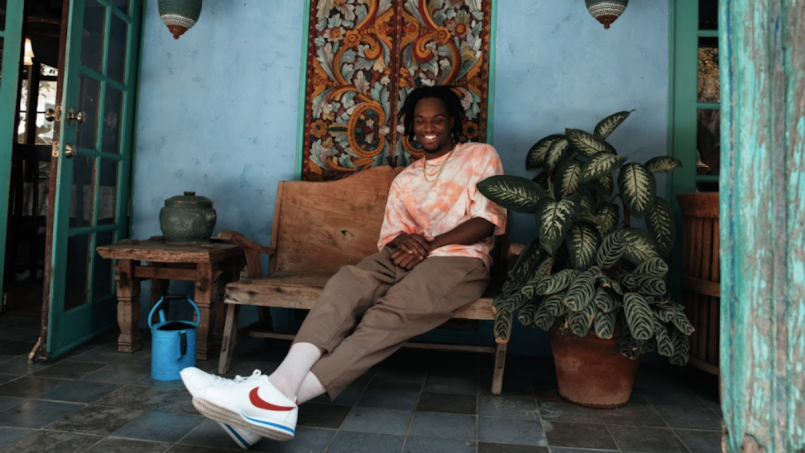 Two years after the release of his excellent sophomore album Care for Me, Chicago rapper Saba has returned with a pair of new songs: “Mrs. Whoever” and “Something in the Water” featuring Denzel Curry.

Our former Artist of the Month hasn’t been wholly idle since his last album; as the de facto leader of Pivot Gang, he was instrumental in the 2019 release You Can’t Sit with Us. But with apologies to his immensely talented collaborators, Saba has always stood out for his charisma and the intensity of his musical ideas. Somehow, his voice always sounds slightly different song to song, as he modulates his voice to better suit the beat.

That instinct is on display in the contrasting new singles. Saba produced “Mrs. Whoever” himself, but the relaxed backing track is merely a springboard for a tightly-wound flow. Saba raps about “feeling the pressures, I’m like a diamond y’all,” before singing a hook that will be relatable to anyone with old friends they don’t talk to much anymore.

In contrast, “Something in the Water” is more of a groovy toe-tapper. Produced by Nascent, Nahum, and daedaePIVOT, the song creates an air of expectation, –not quite ominous, but not optimistic either. Saba raps, “I see something in the water/ They don’t lead us, but they follow/ No surprise this shit goes down.” Curry continues his commitment to fitting the maximum number of rhythmic ideas into one verse, uncorking a series of varied flows. He also acknowledges our modern pandemic reality, spitting, “I was so sick of these airports ’til Covid hit the map/ Now we’re too sleep at this point we even tired of taking naps.”

In a statement, Saba explained his hesitation in releasing new music and his goal to be less bothered with the inevitable misinterpretations. He said,

“For me, releasing music is me letting go and getting out of my own way. It’s me shutting down my own ideas of perfectionism, and me accepting my shit for what it is. I can keep holding on to shit and looking for the next best thing, which I think I’ve done my whole life, but I wanna combat that idea of something not being enough by just letting go and sharing my thoughts in real time. I don’t really care to be understood right now in the same way that I think I did in the past. It would bother me when people would quote lyrics wrong or say ‘this song is about this,’ or ‘this song is about that,’ but that’s because the music was so personal to me. Now it’s just like, man, ‘I made this and I like it, here you go, get what you get.’ And I feel more comfortable with being there.”

“Mrs. Whoever” comes with a music video directed by Ian Lipton, and features plenty of lush plants courtesy of Sakaida Nursery. Check out that track and “Something in the Water” below. Last fall, Saba participated in one of the great blue-ballings of recent hip-hop memory, joining Smino and Noname in the supergroup Ghetto Sage to release one perfect track, “Häagen Dazs”, before the artists went their separate ways.