The film has been described as "Cohen playing Borat playing Cohen" 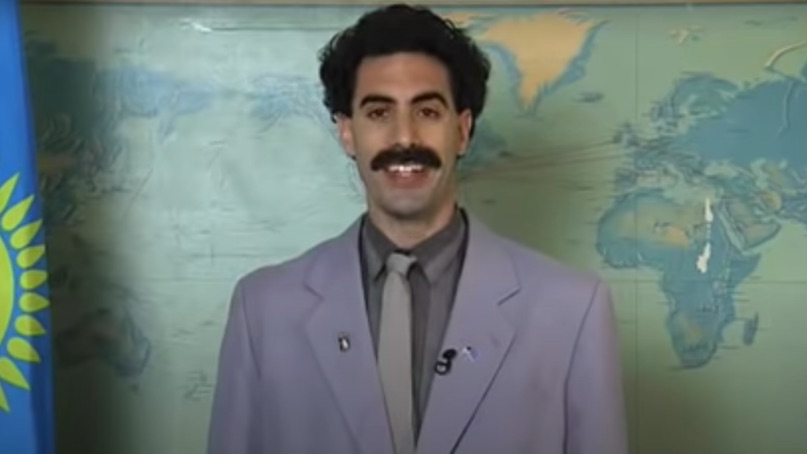 Sacha Baron Cohen has a brand new project in the works and it already sounds very nice. Last month, the actor/comedian was seen filming in his old Borat costume, the same getup he wore in his 2006 box office hit. According to a new exclusive report from Collider, it looks like Cohen has not only finished shooting Borat 2, but he’s begun screening the sequel for “a select few industry types.”

Citing industry sources, Collider reports that the sequel follows Borat in the modern day where he believes he’s a successful movie star due to the success of Borat: Cultural Learnings of America for Make Benefit Glorious Nation of Kazakhstan. Instead of reveling in the fame, however, he apparently spends the runtime trying to hide from the public by pretending to be someone else and interviewing other people incognito. One source told Collider that the whole thing is best described as “Cohen playing Borat playing Cohen.”

So far, it’s unclear who else is involved in the film, but Collider speculates that it could end up on a streaming platform such as Netflix due to its explicit content. (It’s hard to imagine Disney — which now owns 20th Century Fox, the studio that released the original movie back in 2006 — pushing an R-rated comedy during the ongoing pandemic.) Ideally, this sequel would see Larry Charles back in the director’s seat and Jay Roach as a producer, as both knocked it out of the park when working on the first Borat,.

Earlier this year, Cohen infiltrated far-right rallies and getting the cops called on him by Rudy Giuliani. Presumably these scenes will also find their way into the upcoming film and we’ve very excite to watch it all.