Entire Cast of Saturday Night Live to Return for Season 46

For the first time in more than a decade, everyone will stick around 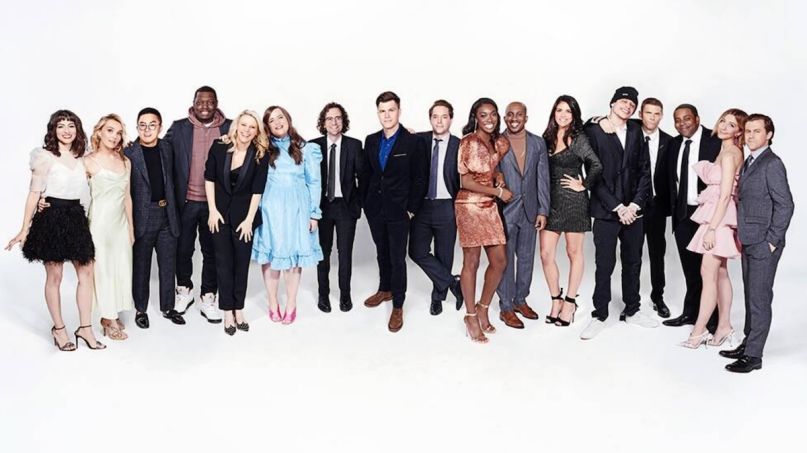 NBC’s beloved institution Saturday Night Live was arguably at the top of its game during its last season, sweeping up 15 nominations at the 2020 Emmy Awards. It’s no wonder, then, that they’re not looking to shake anything up soon with Season 46. For the first time in over a decade, Saturday Night Live will kick off the next run with its entire cast returning.

Season 46 will premiere on October 3rd via NBC and run through 2021. When it does, the roster will include no new members and SNL will film in its Rockefeller Center studio for the first time since the coronavirus pandemic shuttered production in March. The last time there was no cast turnover between seasons was in 2007, notes The Hollywood Reporter.

It’s been a wild ride watching the SNL gang write, rehearse, and shoot new episodes from inside their respective homes this past spring. That roadblock wound up leading to some incredible special guests — Brad Pitt, Tom Hanks, Chris Martin, Miley Cyrus — and hilarious digital shorts, in addition to some troubling speculations.

At the time, fans worried Kate McKinnon wouldn’t return due to her upcoming Peacock series, with some saying that her waving goodbye to the camera in the season finale was a sign. Thankfully, McKinnon — as well as others rumored to depart like Pete Davidson, Aidy Bryant, and Kenan Thompson, who is now the longest-serving cast member in SNL history — will return.

Stay tuned for further news on Season 46, including the initial hosts and musical guests. At the very least, we can likely expect to see former alumni such as Maya Rudolph and Jason Sudekis reprising their impersonations of Kamala Harris and Joe Biden, respectively.