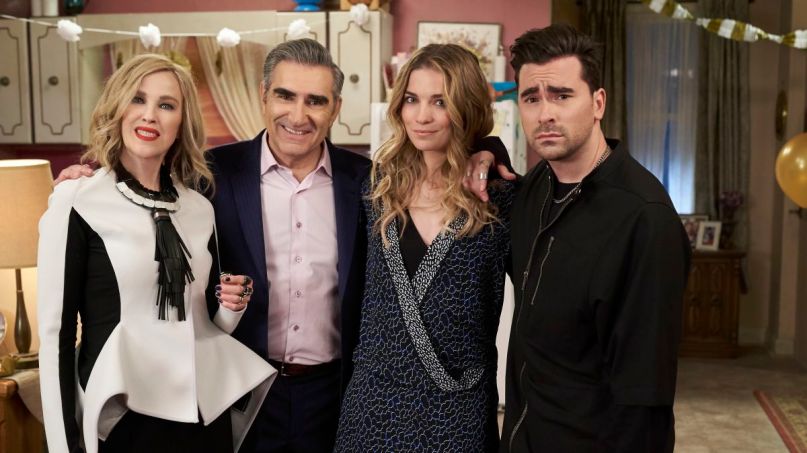 Everything’s coming up roses for Schitt’s Creek, which has just made Emmys history. The beloved Canadian TV show swept all of the comedy series categories at the 2020 Emmys Awards, marking the first time a comedy show has ever accomplished such a feat.

Earlier in the week, the TV series also snatched an award for Outstanding Contemporary Costumes at the Creative Emmy Awards. (I mean, have you seen Moira’s wigs?)

The multiple Emmy wins tonight is a fitting farewell for Schitt’s Creek, which aired its sixth and final season this past April.

You can find an updated list of the 2020 Emmy Award winners here.

Outstanding Comedy Series
Curb Your Enthusiasm
The Good Place
Dead To Me
Insecure
The Kominsky Method
Schitt’s Creek
The Marvelous Mrs. Maisel
What We Do In the Shadows