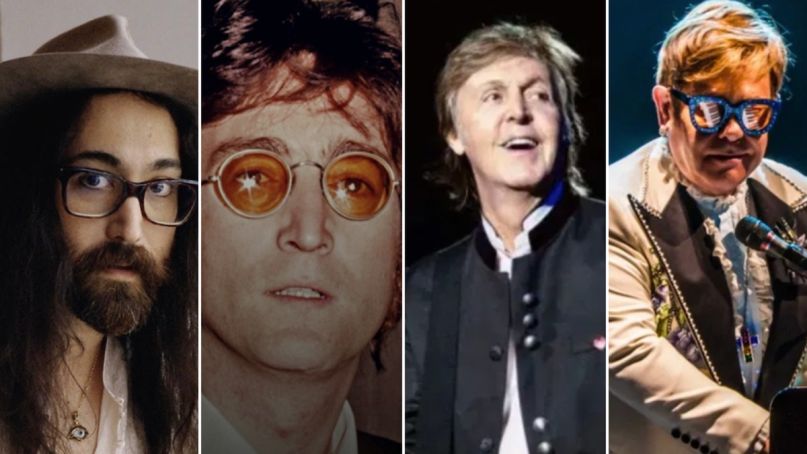 John Lennon would have celebrated his 80th birthday next month on October 9th. In remembrance of the late music icon, his son Sean Lennon will for the first time conduct interviews with close friends, family, and colleagues about the historic life and legacy of The Beatles members.

Specifically, Sean will speak to fellow Beatle Paul McCartney, his godfather Elton John, and his half-brother Julian Lennon. These conversations will be collected in a two-part BBC Radio documentary special titled John Lennon at 80.

Fans can expect insightful and charming anecdotes from the doc, such as McCartney’s recounting of the first time he’d met John. “I look back on it now like a fan, how lucky was I to meet this strange teddy boy off the bus, who played music like I did and we get together and boy, we complemented each other!” Macca recalled, per a statement.

McCartney also talked about how his and John’s songwriting chemistry evolved over the years. “There were a few songs that weren’t very good,” admitted McCartney, “clearly young songwriters who don’t know how to do it.” At one point, he even picked up his guitar to play a short snippet of a song that he and John wrote, but never officially recorded.

Elsewhere in their chat, Sean asked McCartney about his father’s insecurities. Macca responded saying that John used his confidence as some sort of “shield” to protect him. He explained further: “Wait a minute, there’s this guy ‘John Lennon’ who’s like a genius, clever, witty, confident, and everything why would he have insecurities? Because we’re all fragile beings.”

Sir Elton, too, had warm memories to offer, like the time he bicycled eight miles just to buy a copy of The Beatles’ Sgt. Pepper’s Lonely Hearts Club Band. Remembering his first encounter with John, The Rocket Man also told Sean, “When I met your Dad I felt like I’d known him all my life and that’s the biggest compliment I can pay him.”

The John Lennon at 80 documentary will be broadcast on BBC Radio 2 on Saturday, October 3rd and Sunday, October 4th from 9-10 p.m. Sean’s trio of interviews will be available to stream on BBC Sounds shortly after.