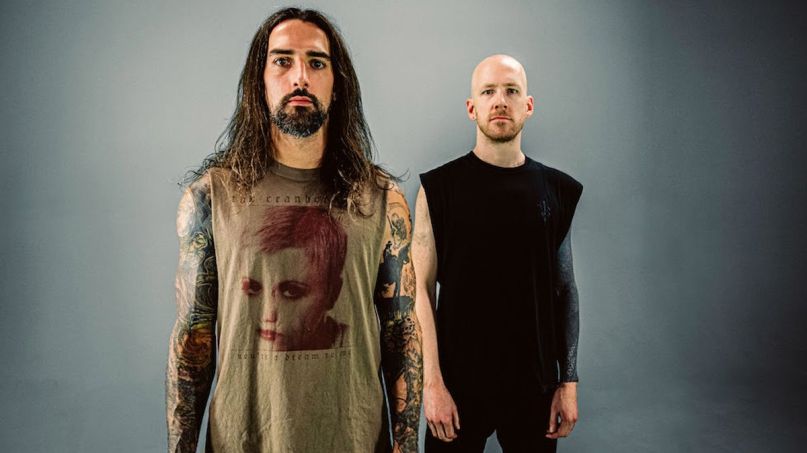 Spirit Adrift have shared the second single, “Astral Levitation”, from their upcoming album, Enlightened in Eternity. Additionally, the band has released a cover of Black Sabbath’s “Supernaut” from an upcoming tribute to the latter’s seminal album Vol. 4.

“Astral Levitation” is another taut, literary heavy metal song following lead single “Harmony of the Spheres”. One of the band’s penchants is its ability incorporate various tempos in the same song, using mid-tempo sections to create an immensely listenable arrangement.

“‘Astral Levitation’ is about searching within for untapped power during times of darkness and despair,” singer-guitarist Nathan Garrett said of the song. “It’s an empowering soundtrack to the challenging times we all currently face.”

Likewise, the band pay tribute to their direct influences on their remarkably faithful version of Black Sabbath’s “Supernaut” — honoring one of Tony Iommi’s greatest guitar riffs with Garrett’s deft hand and a thick, analog tone. The riff sounds dead accurate. The cover is part of an ongoing series of re-imagined heavy albums, as curated by Magnetic Eye Records and their doom-obsessed roster of bands and associates.

“Black Sabbath is the reason that I am in a band,” Garrett said. “They are my favorite band, and I love every era. I saw the video for ‘Paranoid’ when I was about 12 years old, and it was game over. Vol. 4 in particular contains quite a few of my favorite moments from the Sabbath catalogue. Many of my tried and true approaches to guitars were inspired by songs on Vol. 4. The music is classic, but still fresh and groundbreaking all these years later.

He continued, “With covers, it is crucial to capture every element that makes the original special, while allowing your own identity to shine through. I have heard Sabbath covers, even recently, where the band isn’t even aware of the subtleties of the guitar riff, and they’re straight up playing it wrong. So rule No. 1, I guess, would be to play the riff right. You don’t want to neuter the song and lose the excitement. We stayed pretty true to the original because it is such an incredible song. However, a lot of our trademarks are there — extra guitar harmonies, crazy moog whooshes — all sorts of things we love to do. We are thrilled for this opportunity to pay our respects.”

Spirit Adrift’s Enlightened in Eternity, due October 16th, can be pre-orded via 20 Buck Spin or Amazon. The Black Sabbath tribute disc, Vol. 4 [Redux], out October 30th, is available via Magnetic Eye.

Stream Spirit Adrift’s new song “Astral Levitation” and their cover of Black Sabbath’s “Supernaut” below. All in all, it’s a good day to be a Spirit Adrift fan.