Don Cheadle, Benicio Del Toro, and David Harbour are just a few names on the bill 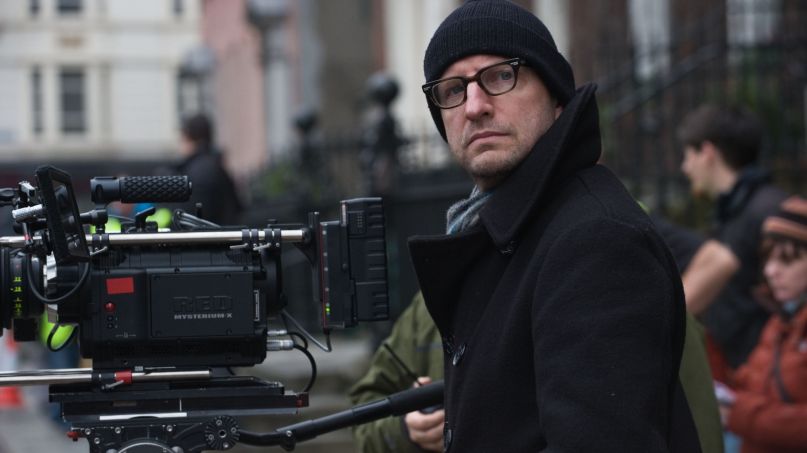 Steven Soderbergh is back at work. Today, HBO Max and Warner Media announced that the Oscar-winning writer and director has begun production on No Sudden Move, and once again, he’s assembled a jaw-dropping cast of A-listers.

Written by Ed Solomon — Soderbergh’s Bill and Ted buddy — the film is set in 1955 Detroit and follows a group of small-time criminals whose simple heist goes horribly awry. Things get even more complicated as they find out why with revelations that coarse through the race-torn, rapidly changing city.

“The last time I shot a movie in Detroit with a great script and a great cast things worked out really well, so I’m very excited behind my mask right now,” said Soderbergh in a statement.

Soderbergh and Solomon have a tight history with Warner Bros. and HBO. More recently, the two worked on the experimental thriller Mosaic for the network, a similarly star-studded affair that added an interactive element through an app. However, Soderbergh’s last two features were for Netflix: 2019’s High Flying Bird and The Laundromat.

Previous Story
Sufjan Stevens on His 2018 Oscars Performance: “One of the Most Traumatizing Experiences of My Entire Life”
Next Story
Members of Mastodon, Russian Circles, and More Cover Alice in Chains’ “Rain When I Die”: Watch
Popular
More Stories
[fu-upload-form form_layout="media" title="Submit Your Photo"][input type="hidden" name="ugc" value="1"][/fu-upload-form]