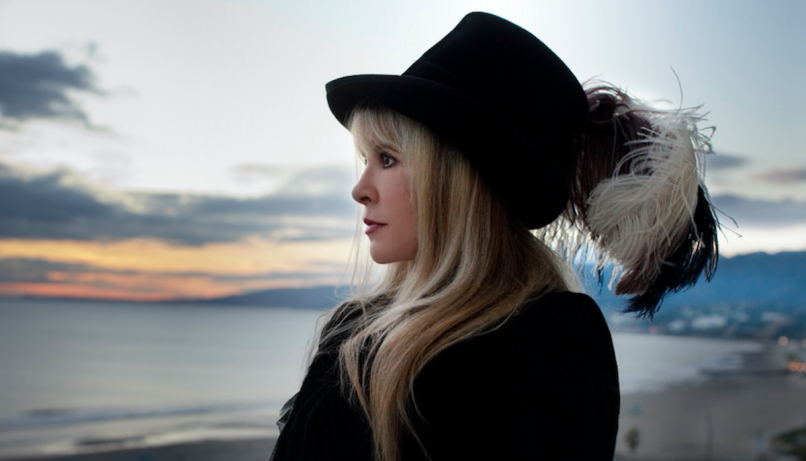 From 2016 to 2017, Stevie Nicks toured extensively behind her solo compilation album 24 Karat Gold. Those dazzling performances have now been captured for a new concert film and live album, both due out this fall.

Stevie Nicks 24 Karat Gold The Concert will hit select theaters, drive-ins, and exhibition spaces around the world for just two nights, October 21st and October 25th. Directed and produced by Joe Thomas, the film was recorded during Nicks’ shows in Indianapolis and Pittsburgh in 2017. Sets from those nights included fan-favorites from her solo catalog and Fleetwood Mac’s discography, including “Rhiannon”, “Edge of Seventeen”, “Landslide”, and more.

As for the live album, simply titled Live in Concert: The 24 Karat Gold Tour, it consists of a total of 17 songs. There are live versions of greatest hits like “Stand Back” and “Gypsy”, as well as rarities such as the first-ever live recording of “Crying in the Night”.

“The ’24 Karat Gold Tour’ was my all-time favorite tour,” the legendary artist commented in a statement. “I not only got to sing my songs but I was able to tell their stories for the first time. I love having the opportunity to share this concert with my fans. From me to you – 24 Karat Gold.”

Tickets for the concert film screenings go on sale beginning September 23rd here. The live album, meanwhile, is due out October 30th via BMG. Target will offer an exclusive 2xCD version of the effort, while Barnes & Noble plans to stock “crystal clear” limited edition 180-gram vinyl copies of the album.

As a preview of both releases, stream a live recording of “Gypsy” below, followed by a trailer for the concert film.