"She was a political rock star" 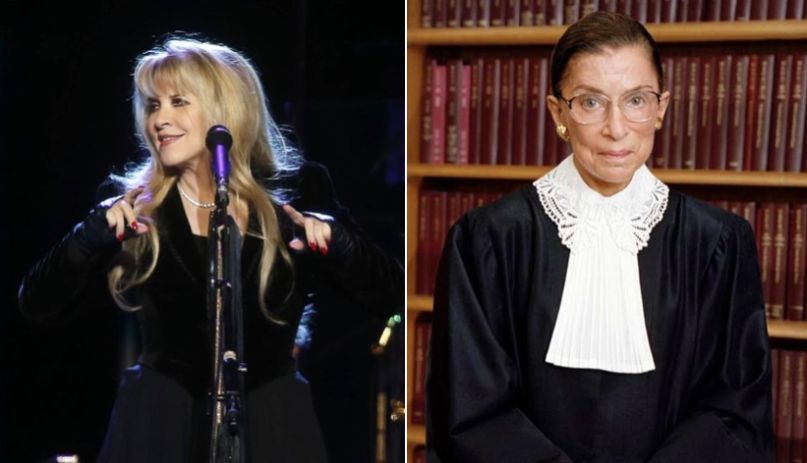 Stevie Nicks has penned a poignant tribute to her “hero” Ruth Bader Ginsburg. The longtime Supreme Court Justice passed away Friday night (Sept. 18th) due to complications from pancreatic cancer.

“She fought for me, and all women,” Nicks wrote in a statement posted to social media. “I I feel today very much like I felt on the night my own mother died. I feel like someone punched me in the stomach. My tears have not stopped since a friend tip toed into my room and said ‘Stevie, Ruth died.’ (No need for the last name…)”

“I so believed that she would live for a few more years,” Nicks continued. “I wanted to meet her. I wanted to hold her hand and give her a huge hug and thank her for all she had done for women, and for all she would continue to do.”

Nicks expressed regret that she never made an effort to meet RBG, lamenting: “As with all legends, you think they will live forever, so you will get there in time. I did not get to meet her. I did not get to stand in her grace.” And while she couldn’t join the thousands of mourners who descended on the Supreme Court last night to pay tribute to Ginsburg, Nick promised to “light a candle here, at my house, right now — and I will go find the most beautiful rose in my back years.”

“She was our girl, our champion, our finest example. She was Ruth.”