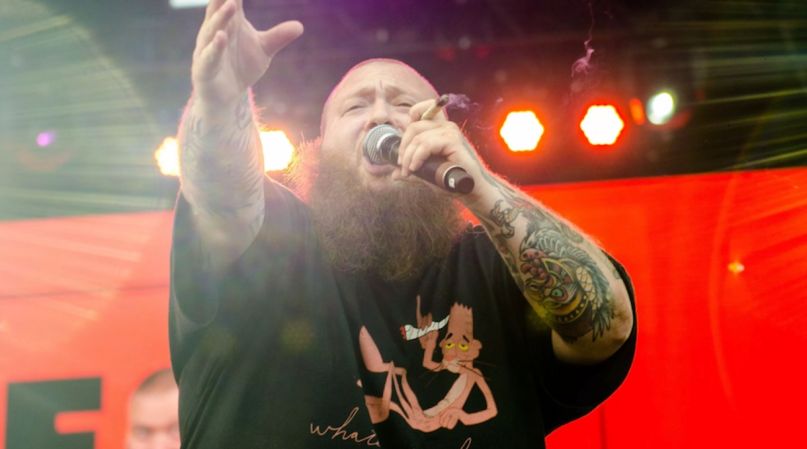 In just a little over a week, Action Bronson will serve up his marine-friendly new album, Only for Dolphins. Already we’ve heard two early offerings in “Golden Eye” and “Latin Grammys”. Now, the Queens-born rapper is unboxing a third preview with “Mongolia”.

A collaboration with fellow hip-hop acts Meyhem Lauren and hologram, the track stands apart from its predecessors thanks to its rubbery funk riff and Bam Bam’s revolving door of unexpected references. In seemingly one breath, Bronson slips in mentions of The Mets, yogurt chain 16 Handles, and actor David Caruso — and that’s all after a quick-fire sample from The Wire. The MC also name-checks his own Lamb Over Rice EP from 2019.

For their parts, Meyhem Lauren flaunts his glossy medallions, and hologram proudly eats African mushrooms “while rappin’ on tubes.” Stream “Mongolia” below and see if you can keep up.

Only for Dolphins, the follow-up to 2018’s White Bronco, arrives September 25th via Loma Vista. Fans can expect production from The Alchemist, Harry Fraud, DJ Muggs, and more. In support of the LP, Bronson will perform as part of Bonnaroo’s recently announced virtual ROO-ALITY festival that kicks off September 24th.