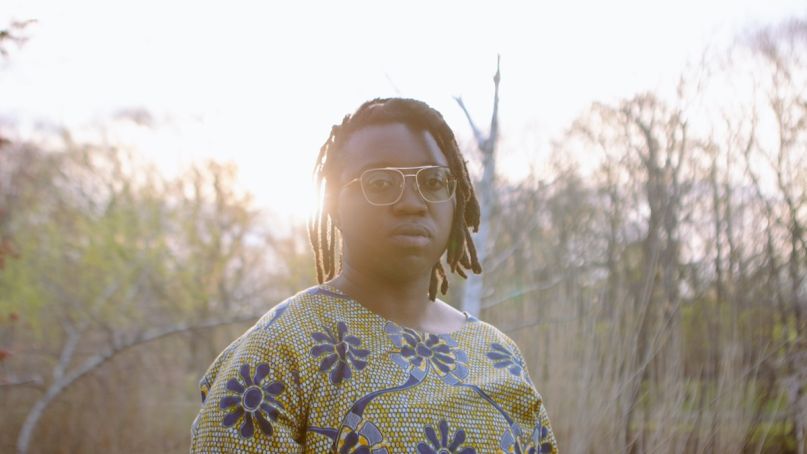 Boston-based trans musician Anjimile is just weeks away from dropping his debut album, Giver Taker. A collection of songs about self-discovery, including reflections on his own transition, the LP is being previewed today with “In Your Eyes”.

Although it shares a name with that one Peter Gabriel hit, today’s single is neither a cover, nor about “the light, the heat.” Instead, it’s about the indie songwriter’s encounters with prejudice and the way his mere existence is questioned regularly. “Getting right in your eyes/ Spitting right in your eyes/ Does my body divide? Was my body denied?” he sings in a soft coo à la Sufjan Stevens, but with a noticeable heaviness in his heart.

“This is another song about grappling with homophobia and ultimately recognizing that I am what I am,” Anjimile explains in a statement. “It’s a somber song, but the sorrow is for those who would live their lives constricted by such bigotry.” Stream it below.

Giver Taker is out September 18th via Father/Daughter Records; for more, revisit previous singles “Maker” and “1978”, once named the Best Boston Tiny Desk Submission. To celebrate his new album, Anjimile will hold a special “virtual release show” on September 19th on YouTube.