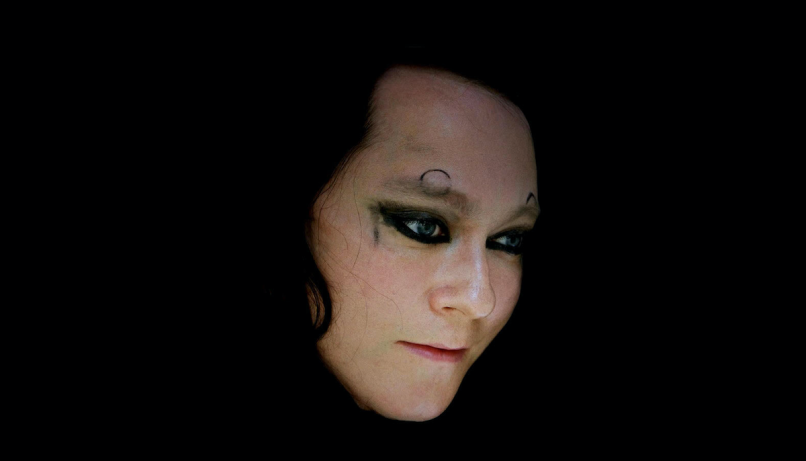 At a time when nothing — whether it be art, action, or even speaking truth to power — feels like it can loosen the Trump administration’s white nationalist, anti-science stranglehold on America, ANOHNI has returned with something that at the very least articulates our sense of overwhelming dread. The experimental pop artist has released a new song called “R.N.C. 2020” that was written in response to last week’s spectacle of death and democratic destruction at the Republican National Convention.

Compared to her exotic yet high-fidelity 2016 album Hopelessness, “R.N.C. 2020” has the production of a ragged no-wave song from the ’80s. The track sees ANOHNI muttering solemnly over a proto-punk loop that starts off crusty and tattered, but gradually becomes clearer and more present in the mix as the song gains intensity.

Lyrically, the song calls Trump and Mitch McConnell killers and laments the Trump family’s unbridled falsehoods. But its most astute moment arrives when ANOHNI acknowledges the futility of even pointing out their flagrant lies. “You’re a liar/ But what does that even mean anymore?/ What do words mean anymore?/ What’s there left to believe anymore?”

At another point she sings, “They didn’t have to die/ my friend didn’t have to die.” That section is particularly depressing because she could either be talking about the rampant coronavirus, or the epidemic of police brutality and fascist para-military violence that’s boiled over since George Floyd’s murder back in May. Both of those issues were respectively downplayed and embraced by the speakers at the RNC.

The video for “R.N.C. 2020” features an image of what’s likely the burning forests in California, just one of the many mounting catastrophes that our country has seemingly no ability to control or contain. To pair with the track, ANOHNI also shared a lengthy statement about the horrors of our current moment.

Check out both the clip and statement below.

On October 2nd, ANOHNI will release a 7-inch single of two cover songs: Bob Dylan’s “It’s All Over Now, Baby Blue” and Nina Simone’s “Be My Husband”. Pre-orders are available now via Secretly Canadian.

“I watched the R.N.C. last week. It’s becoming harder to put into the words the dread that many of us feel.

What’s really happening? Toxic levels of corruption and collusion are devouring the US.

Christian extremists want to turn the country into a religious state straight out of “The Handmaid’s Tale”.

After bombarding us with media campaigns pressuring us not to wear masks in March and April, the US now contains 22 percent of all Covid deaths. I personally know three New Yorkers who died in April as a result of this official guidance.

Trump has stoked racist police violence in the US to even more atrocious heights. Scaring voters with fake tales of impending anarchy and “dark shadows’, Trump then promises that if re-elected he will crush BLM protesters and “restore law and order”. Is he getting this stuff from Steve Bannon or Mein Kampf? Probably both.

Trump is hosting Federal executions in the countdown to the election as another prong of his racist, fake “law and order” platform. Last Thursday, the US government defied Navajo tribal sovereignty and executed Lezmond Mitchell, injecting him with a massive quantity of Pentobarbitol in a death chamber in Indiana.

Behind this curtain of carefully orchestrated chaos, the network of corporate lobbyists that form the core of the Republican party pillage the US treasury and dismantle scores of environmental regulations, driving the country and the world even more hopelessly into global boiling and mass extinction.

Australian Rupert Murdoch blares his obscene propaganda into American homes, hypnotizing viewers with lies, rage and fear-mongering. Meanwhile, 40,000 square miles of Australian wilderness burned last summer, killing over a billion animals. More than half of the Great Barrier Reef has collapsed in the last five years due to rapidly increasing ocean temperatures. The same kinds of awful, permanent losses are engulfing nature on every continent.

For many people, economic suffering looms while Amazon, Facebook, Google, Tesla, Apple and others expand their global footprints, sucking dry local economies. Some of the CEOs pour the wealth of the world into colonial space programs. They fantasize that they might finally shed their dependence upon Mother Earth and become the heroic Creators and patent-holders of life on Mars.

Unlike the Koch brothers, who paid for the malevolent spread of climate change denial, today’s tech billionaires scent themselves with a pheromone of liberal philanthropy while monetizing the dismantling of checks and balances that once helped to protect us. They take meetings with Trump, provide him with the viral platforms he needs to retain the presidency, advertise themselves as having done the opposite, and then hedge their bets in private. Huge swaths of California’s ancient redwood forests continue to burn around the perimeter of Silicon Valley.

Incessant, nihilistic assaults on truth, empathy and the biosphere ensure that life on earth will become much, much worse.

On the campaign trail in 2016, Trump’s team described him as the first presidential candidate since Harry Truman with “the guts” to “drop the bomb”. Trump stood there, grinning with pride, and a wave of nausea spread through me. I had the same feeling a few months ago, when I heard Trump utter the words “Chinese virus.”

What waits for us on the other side of this is a world undone by endless cataclysm and aching with senseless loss.

The sound of this track “R.N.C. 2020” is pretty rough. The loop is from a concert I did at a club in New York City in my early 20s. So that’s me screaming in the past… for the present.

Can you visualize a different path forward? We All have to focus on this now, with everything we’ve got.