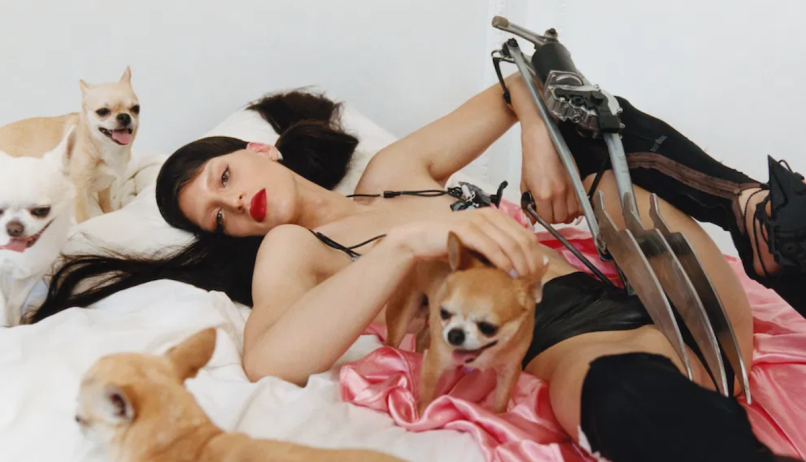 Arca returned this past spring with her acclaimed new album called KiCk I, which touts high-profile collaborations with Björk, Rosalía, and SOPHIE. Now, to coincide with Bandcamp Friday, the electronic music producer has unveiled the latest installment in her Mutants Mixtape compilation series, and it features a new solo offering called “Mallorca”.

Clocking in at two-and-a-half minutes, the track finds Alejandra Ghersi conjuring an ambient yet shapeshifting world — one that’s fluid and multi-faceted in nature, much like Arca herself.

“I’m asking for recognition that we have multiple selves without denying that there’s a singular unit,” Arca told Paper earlier this year, in a discussion about her identity as a Latinx trans woman. “I want to be seen as an ecosystem of minor self-states without being stripped of the dignity of being a whole.”

Stream “Mallorca” down below.

Arca is just one of 44 artists included on the compilation, which is officially called Mutants Vol. 2: Riot. The other acts are members of Arca’s Mutants1000000 Discord community.

On Bandcamp Fridays, the streaming platform waives all of its usual sales fees. According to a statement, 100% of the proceeds from Vol. 2: Riot will go to “over fifty POC, queer, and sex worker related charities via ActBlue.” Purchase the entire project here.

MUTANTS MIXTAPE 2 IS OUT TODAY BANDCAMP FRIDAY ! MY NEW SONG “MALLORCA” IS OUT EXCLUSIVELY ON IT 💖 (TRACK 31). https://t.co/NCq94mDp9H