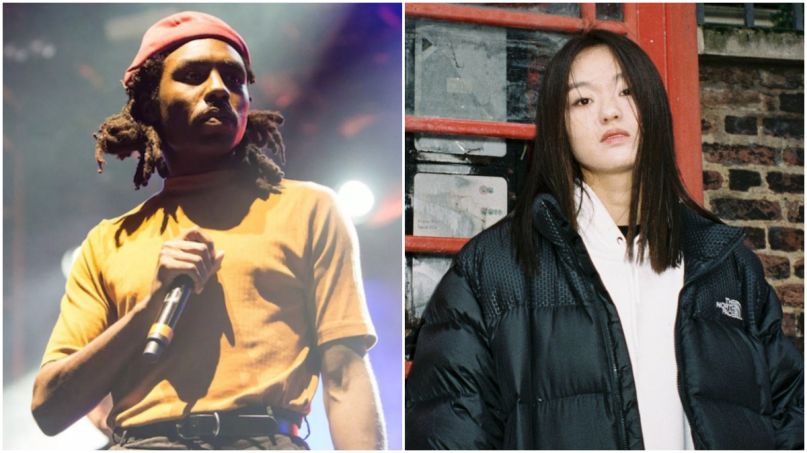 Blood Orange’s Dev Hynes, has teamed up with Los Angeles experimental pop musician 박혜진 Park Hye Jin for a new song titled “CALL ME (Freestyle)”. The track marks his first Blood Orange release since guesting on The Avalanches collaboration “We Will Always Love You” back in February.

Today’s so-called “freestyle” falls somewhere between a remix and an interpolation of Park’s original “CALL ME” from 2019. Hynes alternately raps and sings over that song’s weary, lo-fi piano beat for a while, and then Park pops in later for her own verse.

The collaborative track is accompanied by a video featuring footage that Hynes shot while wandering around New York City in March. It pairs perfectly with the dreary, rainy and mournful sensibilities of the music. Watch it below.

Outside of Blood Orange, Hynes has been keeping busy this year. He’s currently in the spotlight for scoring the classical soundtrack for the HBO miniseries We Are Who We Are. In a New York Times profile, Hynes talked about how director Luca Guadagnino (Call Me By Your Name, I Am Love) originally wanted Hynes to act in the show, but eventually asked him to compose the score instead.

The interview is a must-read for anyone who’s interested in Hynes’ creative process, but this one quote in particular also seems relevant to the vibe of “CALL ME (Freestyle)”:

“I’m always trying to put a feeling across without naming the feeling. I’m always trying to evoke something a bit more complex. I think the moments when we’re feeling purely one emotion are extremely rare; there are usually a lot of things happening, which is something I try to convey in my work.”

The last proper Blood Orange release was his 2019 mixtape Angel’s Pulse. 박혜진 Park Hye Jin dropped a six-track EP titled How can I back in June.