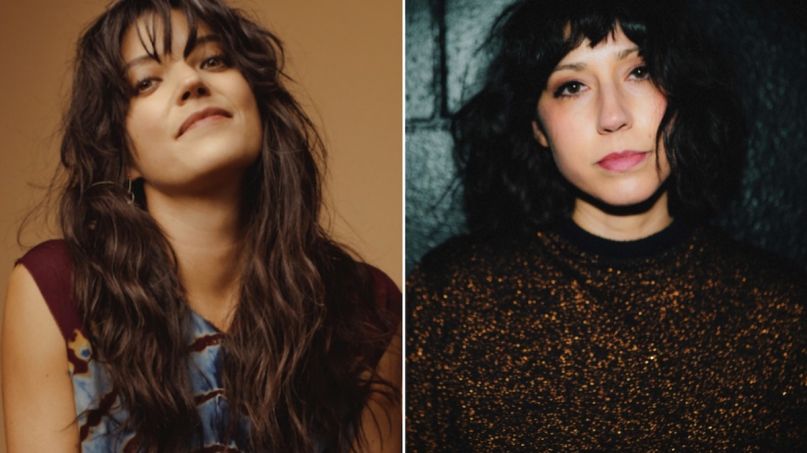 Next month brings the release of Impossible Weight, the third album from Deep Sea Diver. As a preview, the Jessica Dobson-led outfit is sharing the title track today, which features guest contributions from Sharon Van Etten.

According to a statement, the follow-up to 2016’s Secrets materialized after an intense bout of self-examination. “We went into the studio pretty quickly after the tour ended, and I sort of hit a wall where I was feeling very detached from making music, and unable to find joy in it,” said Dobson, who previously served as lead guitarist for Beck and The Shins.

“I realized I had to try to rediscover my voice as a songwriter,” she added, “and figure out the vocabulary for what I needed to say on this album.”

To help build out this new lexicon, Dobson turned to fellow indie rocker Van Etten. The two trade strong vocal performances throughout “Impossible Weight”, as well as harmonize seamlessly. Dobson’s sharp guitar work crunches and buzzes beneath them, serving as another voice altogether.

Similarly gripping is the track’s music video, which captures both musicians performing from unusual locations — a rainforest, cliffs, the desert, and empty suburban driveways. “We wanted to create scenes of absolute beauty, of loneliness, of power — of the human spirit being fully alive, even in a time of sadness and uncertainty,” Dobson remarked.

In the clip, Dobson is also seen playing from the Neptune Theatre in Seattle, her hometown. Her decision to include the venue had to do with Van Etten, as she explained,

“I chose the Neptune as the final shot because that is the venue in which I saw Sharon Van Etten play at the night before we recorded the song “Impossible Weight”. I’ve been a huge fan or hers for quite some time and I was deeply moved and inspired by that show. The next day, I literally said out loud as we were recording, “I wonder if Sharon would ever sing on this?” Having never met her, it was definitely a pipe dream question that somehow ended up working out and I’m eternally grateful for it. She brought so much to this song and brought it alive even more.”