First offering since 2018 reflects on DNA and the human connection 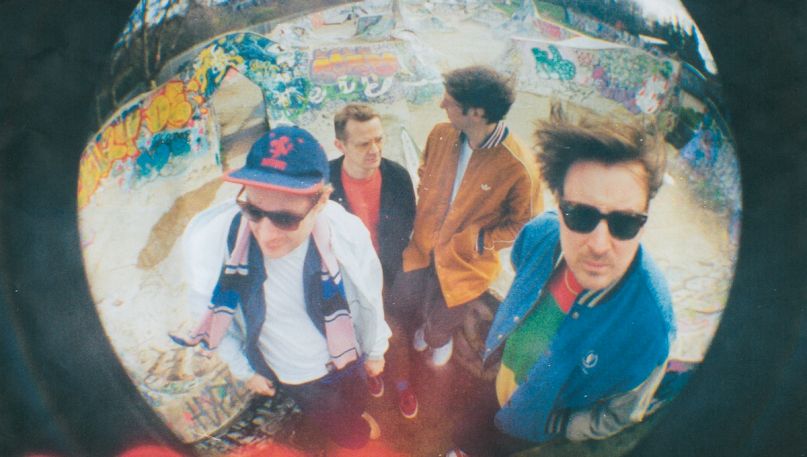 Although the pandemic continues to keep us apart, and political tactics seek to divide us, we’re all inherently connected as one human race. That’s the message British art-rock outfit Django Django want to remind us of on “Spirals”, their first single in almost two years.

The track follows the group’s pair of 2018 releases, Winter’s Beach EP and full-length album Marble Skies, and picks up musically where those projects left off. With frontman Vincent Neff leading the way with a spell-like cadence, “Spirals” chugs along with propulsive energy until its guitars and drums lock into a looping groove.

Its accompanying video, directed by Maxim Kelly, continues this spinning theme. Imagining Neff as something of a hybrid human and double helix, the clip “uses the image of DNA to muse on how the connections we have as humans are stronger than the divisions,” reads a statement. Watch it below.

Kelly explained the technical aspects of the clip,

“The approach behind ‘Spirals’ by Django Django was to translate the psychedelic trip through The Victorian technique of the phénakisticope. The visual illusion generated by spinning the disks at the correct speed coupled with the shutter of a camera is both confusing and hypnotic. I was drawn to how the animations flow in and out, drifting and duping the mind and then back again. This felt a lot like the psychedelic experience tome. The challenge was to fuse the old with the modern. The analogue and the digital. Updating and modernizing the technique.”

It’s not clear whether “Spirals” is simply a one-off single or part of a larger project. At the very least, we know Django Django are actively working on material.