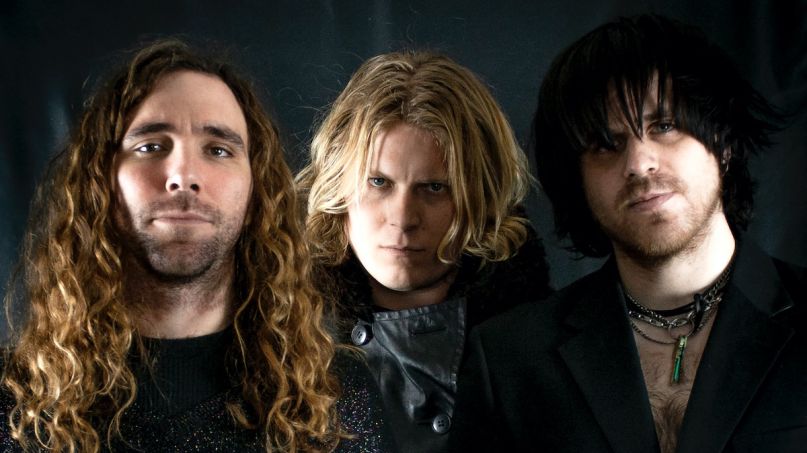 Ty Segall can’t stop, won’t stop in 2020. After releasing an EP of Harry Nilsson covers and a collaborative album with Lightning Bolt’s Brian Chippendale, the prolific garage rocker has reconvened his FUZZ side project. The trio are expected to drop new album III next month, and in anticipation, they’re sharing a song dubbed “Spit”.

Not unlike lead single “Returning”, today’s cut is loaded with crunchy, razor-edged guitars and drums that demand your attention. ​”We wanted to make a song that felt straight forward, but had a subtle tweak that over time gets more obvious,” FUZZ guitarist Charles Moothart explained in a statement. “The verse riff almost feels like you’re falling asleep at the wheel then the chorus opens up with a melodic, but sharp riff that adds to the punch-drunk feeling of the verse.”​

“Spit” comes with a similarly spellbinding stop-motion video from Moothart, featuring trippy imagery and lots of bizarre creatures. You’re gonna want to go easy on the psychedelics before watching this, friend. Check it out below.