Daddy Yankee and Farruko also appear on the reworking 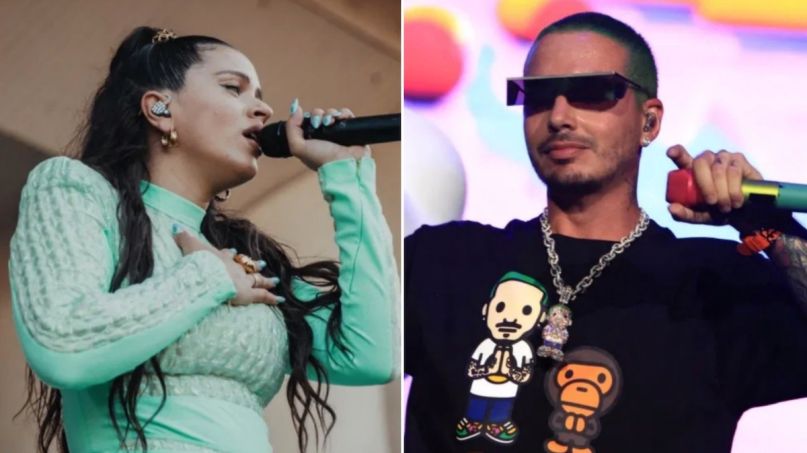 Following their “Con Altura” collaboration last year, Rosalía and J Balvin have reunited. The Flamenco pop artist and Colombian reggaeton star appear together on the new “Relación” remix from Sech, alongside Daddy Yankee and Farruko.

Sech’s original version was about a woman emerging from an unhealthy relationship, ready to heal and love herself. “Everything changed now, it’s her turn/ A party and a bottle/ Thanks to the abuse, she got more beautiful/ Now you want her but she doesn’t want you,” reads the chorus.

Today’s reworking continues that theme, with Rosalía leading the way and proudly singing, “You thought you had me but you never did because I’m la Rosalia.” In a statement to Billboard, the Latin Grammy winner said it was important for her to be part of “Relación” and its empowering narrative.

“Ever since this song came out I haven’t stopped listening to it and I love it,” she remarked. “I also celebrate the message of power for women who are or have been in a toxic relationship and I hope that when they get out of it, they can sing it very loud!”

Sech told Billboard that the remix was “born out of an idea that I had all of a sudden, and at the same time, I heard that many of my colleagues liked the song.” The Panamanian singer continued, “The first person to jump on the track was Balvin, followed by Yankee, Farruko, and finally Rosalia. This is truly something beautiful for me.”

Check out the remix down below via its Fernando Lugo-directed video.

“Relación” is featured on Sech’s sophomore album, 1 of 1, which dropped this past May. Rosalía recently teamed up with Travis Scott (“TKN”) and Arca (“KLK”). She and Billie Eilish also supposedly have a joint single in the works.