Their first new material since 2018's acclaimed Songs of Praise 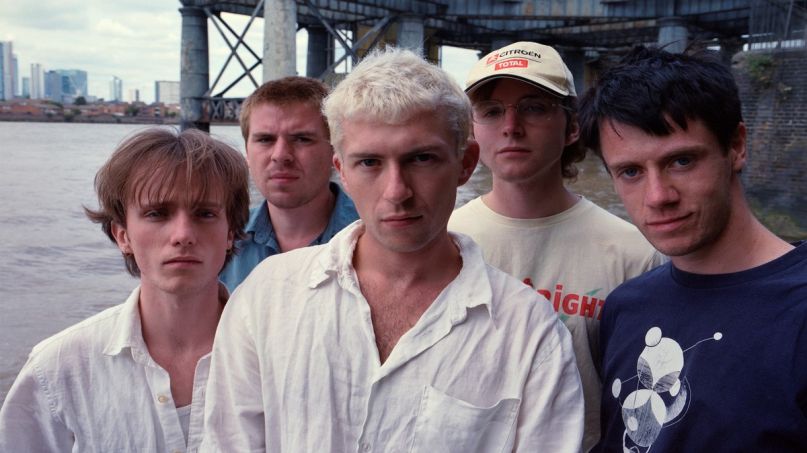 UK post-punk outfit Shame are back with a turbulent new single called “Alphabet”.

“Alphabet” marks the first new material Shame have released since their well-received 2018 debut, Songs of Praise. That record not only grew their fanbase substantially, but also landed them a slot at Coachella 2019 and tour dates alongside Iceage. Today’s cut hits along the same lines as that initial LP, and continues to see Shame putting their own wiry twist on post-punk — that kind that should appeal to those accustomed to bumping Fontaines D.C. and IDLES.

The accompanying visual for “Alphabet”, directed by Tegen Williams (Mount Kimbie, Babeheaven), is where things really get weird, though. There’s tons of stressful scenes showing people being tied up, terrorized, or simply unable to sit down at the dinner table without the chairs being pulled out from under them. Watch it carefully below.

According to frontman Charlie Steen, the video and lyrics of “Alphabet” are based on a series of restless dreams he had. “At the time of writing it, I was experiencing a series of surreal dreams where a manic subconscious was bleeding out of me and seeping into the lyrics,” he explained in a statement. “All the unsettling and distressing imagery I faced in my sleep have taken on their own form in the video.”