A second preview of new album Getting Into Knives 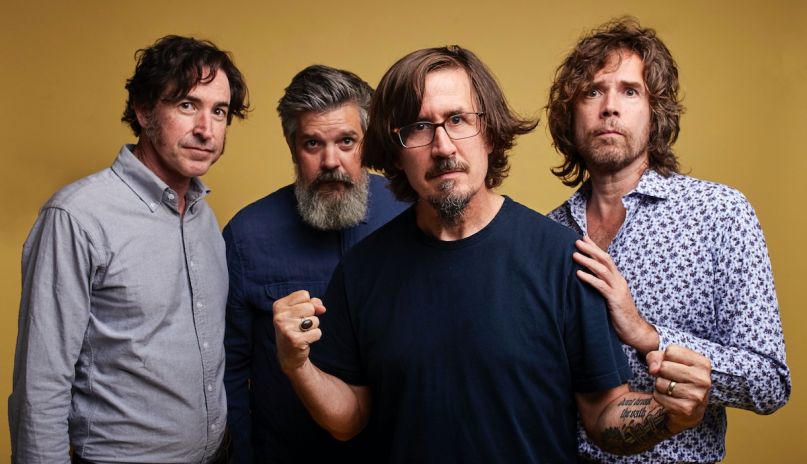 Next month, The Mountain Goats will drop their second album of the year, Getting Into Knives. A first preview came via “As Many Candles As Possible”, which featured contributions from Al Green’s own organist Charles Hodges. The indie outfit is now sharing another single in “Get Famous”.

While most wish for popularity and success, The Mountain Goats are making us seriously reconsider these lofty dreams. The new song encourages listeners to follow their ambitions, but paints fame as something not at all worth coveting. Or as a press release succinctly puts it, frontman John Darnielle sings the title “as if it were a curse.”

“Cold, grey world/ All these obedient sheep/ They act like they know, but they’re all sound asleep/ You arrive on the scene like a message from God/ Listen to the people applaud/ This is what you were born to do,” he says sarcastically, before launching into the sneering chorus. “Get famous! You should be famous/ Go on and get famous/ I want you to be famous.”

If you stick around for the bridge — and we suggest you do — Darnielle only gets more explicit about his feelings. “Light up the sky like a comet/ Make yourself want to vomit/ Shine like a cursed star/ Show everybody exactly who you are.”

In a statement, Darnielle said, “If I told you all how much fun we had making this one you wouldn’t even believe me, but we hope it comes through.” Hear the jaunty tune, filled with saxophone and playful keys, below.

Getting Into Knives arrives October 23rd via Merge. The album follows up on April’s Songs for Pierre Chuvin, which was recorded entirely on Darnielle’s famously indestructible boombox.