Sufjan Stevens on His 2018 Oscars Performance: “One of the Most Traumatizing Experiences of My Entire Life” 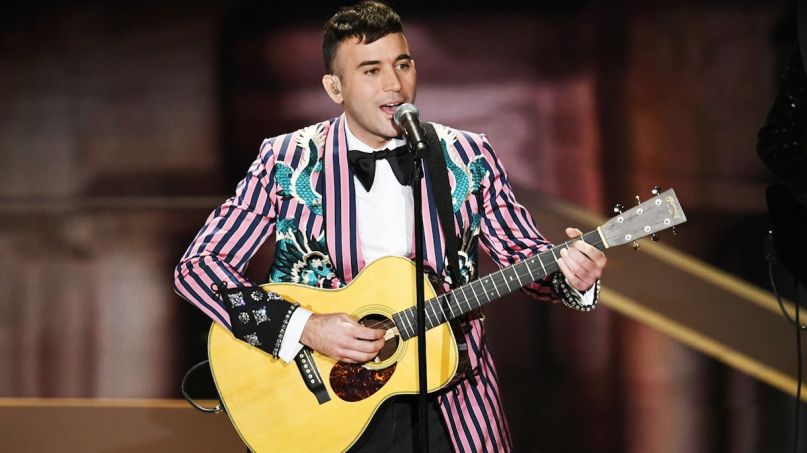 In 2018, Sufjan Stevens delivered arguably the biggest performance of his career at the 90th Academy Awards. However, despite his poignant poise while playing Call Me By Your Name song “Mystery of Love” — in a luxe Gucci outfit and accompanied by St. Vincent, no less — Stevens remembers the evening as one of the most “traumatizing” experiences in all his 45 years on this Earth.

The indie songwriter recalled that fateful Oscars night in a new interview with The Guardian (via The A.V. Club). “Honestly, one of the most traumatizing experiences of my entire life,” he bemoaned.

That said, Stevens’ bleak assessment has more to do with the Oscars and what it represents than with the actual performance itself. “I didn’t want to have anything to do with that world and that culture,” he explained. “I don’t want to be part of any room full of adults hemming and hawing over plastic trophies.”

Stevens didn’t mince words when talking further about Hollywood’s famed night. He described the Oscars as “a horrifying Scientology end-of-year prom,” and one that encapsulates “everything I hate about America and pop culture.” It’s probably safe to say Stevens won’t be getting an Oscars invite anytime in the near future.

While his comments may seem rather dark and cynical, they fall in line with the tone of his newest record, The Ascension, and its powerful protest song “America”. “My objective for this album was simple: Interrogate the world around you,” he previously stated. “Question anything that doesn’t hold water. Exterminate all bullshit. Be part of the solution or get out of the way.”

In his Guardian discussion, Stevens explained how his music has evolved and come to be as jaded as it is now on The Ascension. “There was a hopefulness, joyfulness and playfulness to a lot of those early records that’s been slowly receding over the years,” said the indie artist.

“It’s hard for me to speak for it because it’s happened so gradually, like watching a tree grow. But you start to lose faith in the structures of society as you get older, and I think that’s coming to the surface now.” Added Stevens, “Experience makes fools of us all.”

Elsewhere in the interview, Stevens noted that he’s been working on new music while on lockdown, material that’s supposedly “another left turn in a career full of them,” per The Guardian. However, that doesn’t mean the folk artist is launching a rap or pop career anytime soon. “If Kanye calls, I’m not home, OK?” he said.

Read the entire feature here, and then revisit both his 2018 Oscars performance and “America” below.