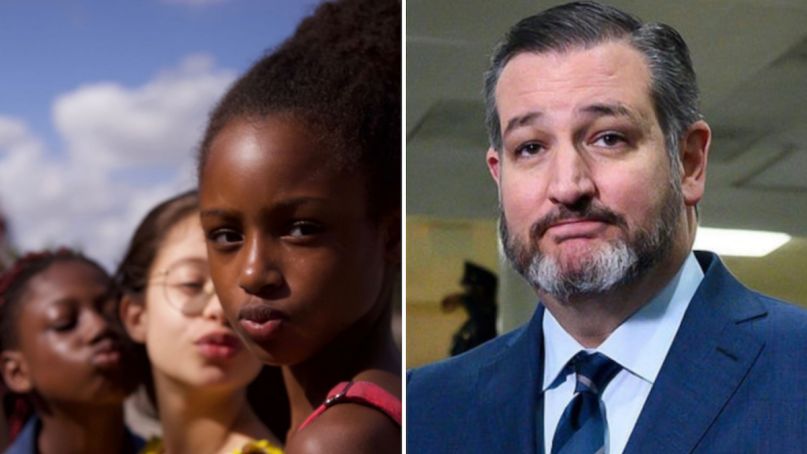 Netflix’s Cuties is stirring up some ugly controversy. The streaming service has been countering claims that the French film is pedophilic in nature by arguing it’s actually “a social commentary against the sexualization of young children.” They may have to figure out a more proper legal defense, however, because Senator Ted Cruz wants the Department of Justice to investigate Cuties for child pornography.

Cuties, which won a Sundance directing award for Maïmouna Doucouré, follows an 11-year-old named Amy as she joins a “twerking” dance group of young girls in Paris as she strives to find identity and acceptance. From the beginning of Netflix’s promotional rollout, the movie has drawn criticism for its overly sexualized depiction of pre-teens. Scenes show the protagonist posting pictures of her privates online, and the dance numbers include closeups of highly suggestive moves.

Advocacy groups have started the #CancelNetflix hashtag — with around 643,000 people signing a Change.org petition pledging to delete their accounts. Senator Cruz wants to go even further, however. The Republican Senator from Texas tweeted out a copy of the letter he sent to Attorney General William Barr (on September 11th, no less). In the note, he asks the DOJ to look into whether anyone involved in the film “violated any federal laws against the production and distribution of child pornography.”

Cruz goes on to describe his issues with Cuties, noting that it’s “directed by a French director” without deigning to mention her name. “The film routinely fetishizes and sexualizes these per-adolescent girls as they perform dances simulating sexual conduct in revealing clothing, including at least one scene with partial child nudity,” writes Cruz.

Cruz suspects “even more explicit and abusive scenes” were likely cut from the film and expressed concern “that pedophiles across the world in the future will manipulate and imitate this film in abusive ways.”

Forbes has published a piece questioning the accuracy of Cruz’s claims, specifically in regards to the underage nudity remark. Apparently, rumors regarding a scene featuring a topless pre-teen were sparked by a user-edited entry in IMDb’s Parent’s Guide. It turns out the brief scene in question actually features a woman who is of age.

Responding to the initial backlash over the film, Netflix told Variety, “Cuties is a social commentary against the sexualization of young children. It’s an award-winning film and a powerful story about the pressure young girls face on social media and from society more generally growing up — and we’d encourage anyone who cares about these important issues to watch the movie.”

The company has yet to respond to Cruz’s letter. Read the full thing below.

Following @netflix’s disturbing promotion of “Cuties,” I sent a letter calling on @TheJusticeDept to investigate whether Netflix, its executives, or the filmmakers violated any federal laws against the production and distribution of child pornography. pic.twitter.com/P7wLXixU6X