"A tale of sin and misery set in a brothel suits him so perfectly!" 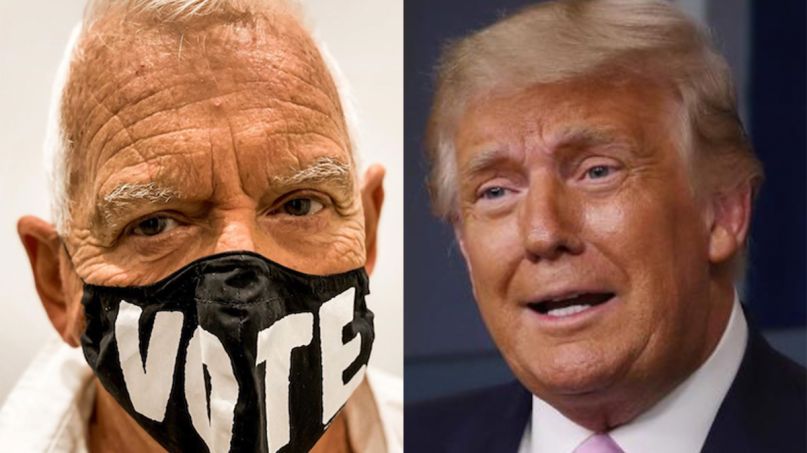 Another day, another artist is pissed at Donald Trump for using their music without permission. This time, it’s former The Animals frontman Eric Burdon, who bashed Trump after he used “House of the Rising Sun” during a recent campaign event.

Trump’s people played “House of the Rising Sun” on Wednesday, September 2nd as Air Force One taxied at North Carolina’s Wilmington International Airport. Upon learning that his song played over the speakers at the rally, Burdon took to Instagram to express his displeasure.

He went on to suggest that The Animal’s “We Gotta Get Out of This Place” would be a more fitting track. The post ended with Burdon encouraging his fans to “#vote #saveourdemocracy” and endorsing #BidenHarris2020. Find the full thing below.

Burdon joins an ever-growing list of musicians who have spoken out against Trump for playing their music during his events. Leonard Cohen’s estate is currently exploring legal options after “Hallelujah” played at the RNC even though they’d denied permission. The Rolling Stones threatened to sue Trump for using “You Can’t Always Get What You Want” as his walk-off song, but instead Trump switched it out for “Y.M.C.A” — despite the Village People also speaking out against him playing their songs. It’s more than musicians, too, as Jim Carrey recently penned a scathing essay calling for Americans to vote out Trump.

Even though nobody asked my permission, I wasn’t surprised to learn that #Trump #864511320 used #HouseoftheRisingSun for his rally the other day…A tale of sin and misery set in a brothel suits him so perfectly! Far more appropriate for this time in our history might be #WeGottaGetOutofThisPlace. This is my answer #vote #saveourdemocracy #bidenharris2020