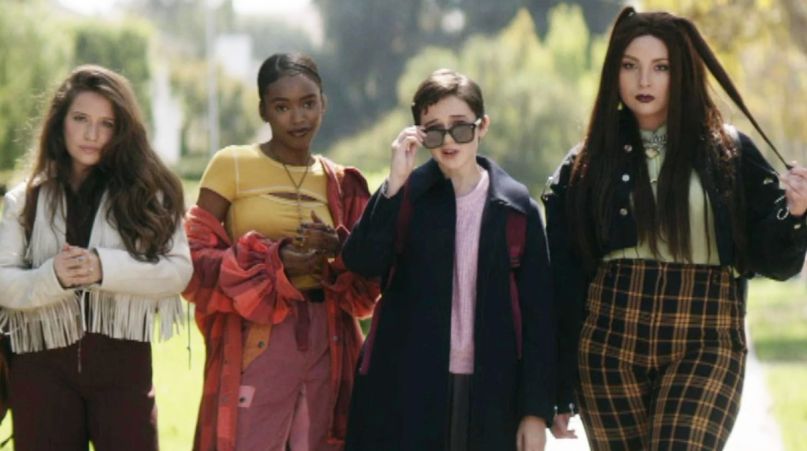 Light some candles and gather ’round the sacred circle, because Manon has finally bestowed upon us The Craft: Legacy reboot trailer. And the Zoe Lister-Jones-directed flick looks every bit as diabolically entertaining as the original 1996 cult classic.

The forthcoming film takes place after the events of the first Craft, and stars a whole new coven of young witches played by Zoey Luna, Gideon Adlon, Lovie Simone, and Cailee Spaeny. But even with this newbie class of spellbinders, Legacy promises a storyline that’s still very closely tied to its predecessor. In fact, despite previous reports that the new movie is a reboot, today’s trailer suggests Legacy might actually be a sequel to The Craft.

In the video teaser, there are numerous references to the original, including a “Light as a Feather, Stiff as a Board” scene and the mention of the famed line “We are the weirdos.” In one particularly eerie callback, Luna’s character finds a polaroid photo of Nancy Downs, one of the witches portrayed by Fairuza Balk in the 1996 film. Is she set to reprise her role in Legacy? Only time will tell, but for now watch the trailer below.

The Craft: Legacy, which also stars David Duchovny and Michelle Monaghan, was produced by Jason Blum’s Blumhouse company and Red Wagon Entertainment for Columbia Pictures. It will be released straight to video-on-demand on October 28th — just in time for Halloween.

Editor’s Note: Stay safe and spooky by picking up one of our custom face masks. A portion of the proceeds will benefit MusiCares’ COVID-19 Artist Relief fund supporting independent musicians.