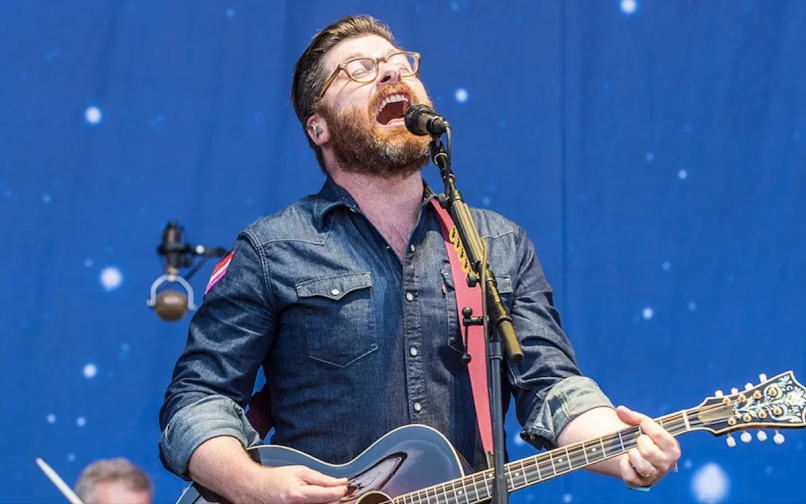 Colin Meloy of The Decemberists has shared the new solo song “Slint, Spiderland”.

The Decemberists have been in hibernation since 2018, when the band released I’ll Be Your Girl  and the Traveling On EP. Currently, Meloy is writing his fifth book, having published four children’s titles since 2011. But in April, as the reality of quarantine settled in, he had a bizarre experience that caused him to set the prose aside.

As Meloy told NPR, he watched a documentary about the making of the Slint album Spiderland, when the normalcy of what he was doing suddenly struck him as bizarre. He said,

“I don’t know that it particularly spoke to the current moment in any way other than it felt completely disconnected from it. Thing is about the lockdown and the quarantine, once we got past the initial [concerns] — like, how to get food, how to teach our kids and do our jobs at the same time — once that pattern had emerged, our lives as a stay-at-home writer and a stay-at-home illustrator were sort of bizarrely normal… And so I think that was the moment: ‘Here I am getting lost in watching this documentary. Meanwhile, this thing is happening outside.'”

Meloy felt compelled to pick up the guitar. “It’s one of those songs I don’t think I ever really intended for public consumption,” he said. “Sometimes you kind of scratch these things down to capture a moment, or some sort of observation of a moment.”

“Slint, Spiderland” opens with an epiphany. He sings, “I was watching a movie about Slint Spiderland/ While the parasite outside belied the calls from high command.” The song is set “In this suburban basement in war-torn Illinois,” and for a chorus it features a call to acknowledge reality: “Come around to the clampdown.” Check out “Slint, Spiderland” below.

Earlier today, Meloy joined Raye Zaragoza on her new release “They Say”. In April, he participated in the CoS John Prine livestream.