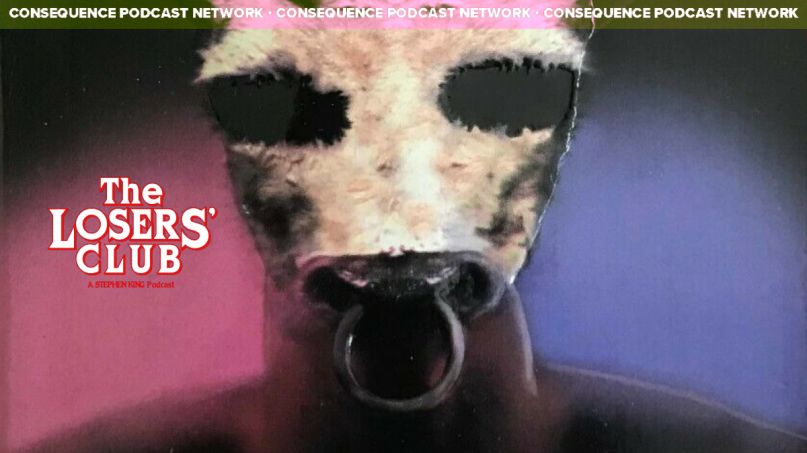 The spine cracks, the pages unfold, and the Losers are suddenly inside a world where paintings breathe and horned monsters bite down to the bone. At the center of it all is a woman on the verge of self-actualization, one she’ll achieve only after the huffing, puffing beast she left behind is gone for good.

Join Randall Colburn, Jenn Adams, McKenzie James, and returning guest Ana Marie Cox as they review 1995’s Rose Madder. Together, they discuss King’s piecemeal use of a Greek myth, whether the villains are too evil, the struggles of building a new life from scratch, and whether this is an unofficial Eclipse novel.

Stream and listen above.

–Attend: The Losers’ Club Are Reuniting for Salem Horror Fest