The Star Wars spin-off returns to Disney+ on October 30th 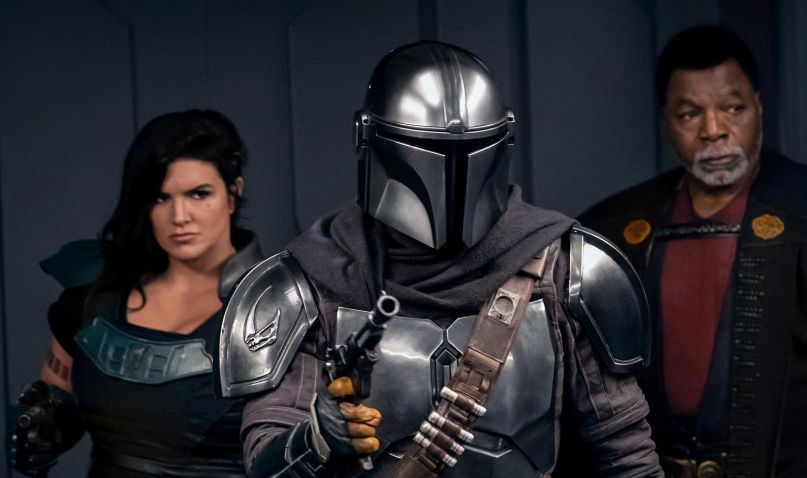 The Mandalorian is stretching its legs and getting ready for more galactic action. Disney+’s hit Star Wars spinoff series returns for its second season on October 30th, and Entertainment Weekly has a first look today with new photos and details.

Fans can expect eight more episodes of varying lengths that offer “a larger story” that feels “less isolated,” according to co-creator Jon Favreau. He added, “We’re bringing a lot more scope to the show. Everything gets bigger, the stakes get higher, but also the personal story between the Child and the Mandalorian develops in a way I think people will enjoy.”

Pedro Pascal, who plays the titular anti-hero, offered up his own teases for the story. “We start very directly after the first [season] and he’s going into very dangerous territory,” he explained. “He is very much a passenger to the experience in unexpected ways — not knowing what’s to come, not knowing how much or how best to protect the Child. We don’t know how far he will go to do that, and they’re finding new ways to push the envelope.”

Those waiting to see Giancarlo Esposito’s Moff Gideon go nuts with his Dark Saber will likely be pleased. “I’ll be going toe-to-toe with Mando,” Esposito confirmed. “It’s an iconic battle. I want to disarm him mentally as well. Who knows? Maybe there’s an opportunity to get him to fight some battles for me. You may think I’m a villain, but I’m trying to harness some energy and some powers for a path that could be best for all. You’ll get to see him be somewhat diplomatic and more of a manipulator.”

Gideon won’t be the only threat to Mando. As previously reported, the upcoming season will feature the addition of Timothy Olyphant as Cobb Vanth (reportedly in the Boba Fett armor); Rosario Dawson as Ahsoka Tano, the former Jedi Padawan of Anakin Skywalker turned spymaster for the Rebel Alliance; Katee Sackhoff as Nite Owl leader Bo-Katan Kryze; James Cameron go-to Michael Biehn in an undisclosed role; and the return of Jengo Fett actor Temuera Morrison, only this time he’s playing Boba Fett.

That star power is nearly matched behind the camera as episodes were helmed by Rick Famuyiwa, Robert Rodriguez, Carl Weathers (!), and Favreau, who will curiously make his debut with the season premiere. The report also confirmed that filming completed four days before the pandemic shut down the entire industry. However, post-production proved to be incredibly difficult, particularly the recording of Ludwig Goransson’s orchestral score.

“We had to have people either recording remotely, or in much smaller groups, distanced very far apart,” Favreau shared. “I’m hearing the music now as we’re mixing episodes, and it’s remarkable what they were able to achieve under the circumstances.”

Peruse the photos below, all of which should make the wait to October 30th that much more difficult. In the meantime, make sure you can catch the new season of The Mandalorian and all the new Disney+ content, sign up for the service now. You can also tack on Hulu and ESPN+ for just a few bucks more.