The Messenger Birds Premiere New Song “Everything Has to Fall Apart Eventually”: Stream

The title track to the band's new album arriving in October 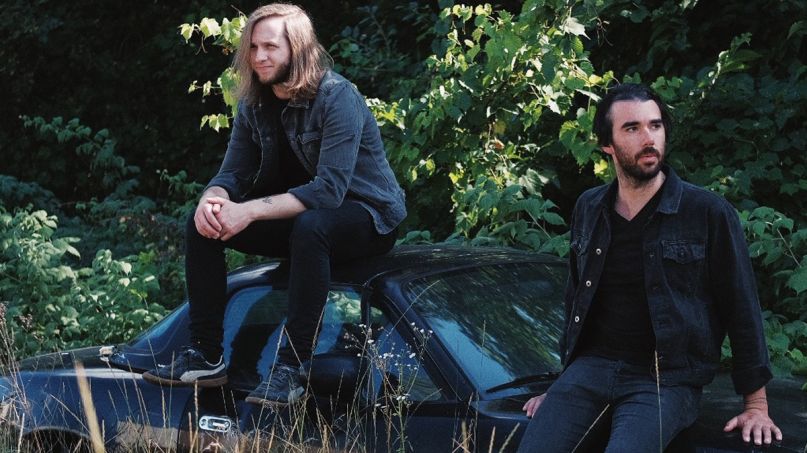 Detroit’s The Messenger Birds are the classic archetypal power duo. The band’s guitar-drum attack is in full force on new song “Everything Has to Fall Apart Eventually”, which The Messenger Birds’ are premiering exclusively via Heavy Consequence.

The single is the title track to the duo’s upcoming album arriving in October, with the vinyl being manufactured at Jack White’s Third Man Pressing facility. The Messenger Birds follow acts like The Black Keys and The White Stripes — with a healthy dose of Queens of the Stone Age — adding their own spin on a timeless heavy alternative sound. The duo layer synths among more traditional rock instrumentation, and as the new single attests, they also have a knack for hooks.

“‘Everything Has to Fall Apart Eventually’ sonically is one of our favorite tracks on the album,” the band said. “The music and lyrics kind of mirror each other in a manic fever dream sort of way, a mix of driving riffs and laid back grooves with atmospheric leads and arpeggiated synthesizer layers. It’s a bit of sensory overload, which is intentional.”

Of the song’s somewhat serious lyrical subject matter, the band took a socio-political approach, adding: “We’re living in this time where we are inundated every minute of the day with new information, conspiracies, and propaganda on the internet/social media, and it’s a constant battle for people to analyze it all and understand it for what it is. What’s true? What’s not? How do you decipher it, and how can you tell the difference? It’s almost this Dunning-Kruger dead end war at times, mixed with a feedback loop of complete nonsense. Everybody has something to say, but it’s all finger pointing without an openness for real discourse or learning.”

The album was recorded by Steve Lehane at Detroit’s Rustbelt Studios a year before the COVID-19 pandemic impacted the United States and the music industry at large. Ironically, the themes of the album precipitated current events, causing the band’s friends to dub them the “The Simpsons of Rock.” Added the band: “It was completely unintentional, but it’s still a little eerie when you think about it long enough.”

Like many bands, The Messenger Birds had hoped to release the new album earlier and tour in support of the LP. Instead, they’ve bided their time, planning the album’s roll out under a new set of circumstances. In the meantime, guitarist Parker Bengry and drummer Chris Williams host a podcast together, the chemistry captured in their songs apparent in other projects, as well.

“We had no idea COVID was going to come and upend everything in the music world, so it had a huge effect on our release plans,” the band said. “Originally, we were going to put the record out sooner and tour in support of the release. Then there was a lot of uncertainty of whether or not that was a possibility at all, so after a lot of discussion, we decided, tour or not, it was time to get this thing in motion. It may not be the ideal scenario, but we’re really excited to finally share ‘Everything Has to Fall Apart Eventually’ with the world, and we hope that you enjoy it.”

You can pre-order the Everything Has to Fall Apart Eventually via the band’s website. Listen to the title track and check out the album art and tracklist below.

Everything Has to Fall Apart Eventually Artwork: