The Shins Reckon with “The Great Divide” on New Song: Stream 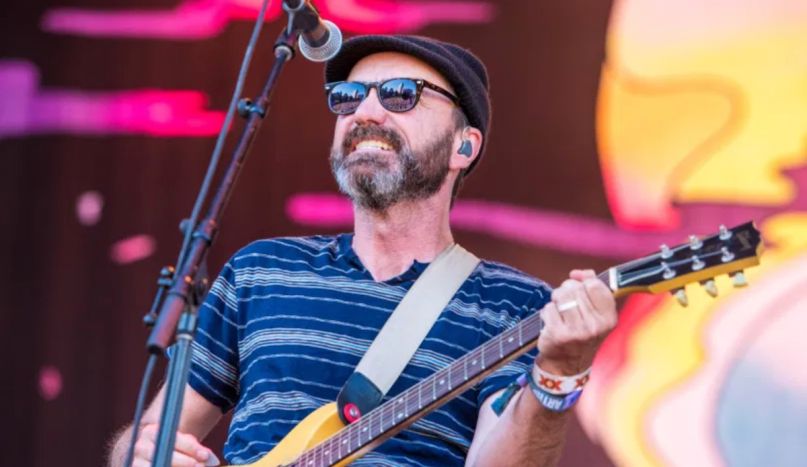 At a moment in history where time feels totally out of sync due to the pandemic and political unrest happening simultaneously, The Shins are here to put grandiose feelings into words. Or at least that’s the intent of “The Great Divide”, their first official release in over two years and a single they’re describing as “a blend of futurism and nostalgia.”

“We used everything from vintage synthesizers to iPhones, from a sixties Ludwig kit to an 808,” said frontman James Mercer in a statement. “It’s an epic about longing and love in a broken world. I guess we wanted to try to provide a bit of warmth and sentiment in hard times.”

“The Great Divide” sounds like The Shins filtered through an electronic remix. Mercer’s voice shines through pure as ever while digitized handclaps and buzzy synths wiggle into view like sine waves. Despite having so many electronic influences, the song still has the innate warmth of a song by The Shins, in part thanks to the blissful melody that guides the track.

In the song’s accompanying music video, directed by by Paul Trillo, a surreal landscape goes big while still hitting home. By creating the equivalent of an infinite zoom, Trillo built a visual that stretches through neon graphics, religious imagery, natural landscapes, and pretty much everything that’s ever appeared on this planet in continuous motion. It makes for a hypnotic video that feels at once familiar and brand new. Watch it below.

The Shins have also shared a “flipped” version of “tThe Great Divide”, continuing the tradition that began with 2018’s The Worm’s Heart, which featured reimagined versions of songs from 2017’s Heartworms. “When the Shins do a ‘flipped’ version of a song,” Mercer explained, “the goal is always to re-approach the production aesthetic and show a different side to the piece. The idea is that a song properly written can be framed in many different contexts and still remain engaging. Yuuki Matthews, Jon Sortland and I sat down and talked about how we could change things up. The original idea was to treat it like a piano ballad but that soon gave way to Yuuki‘s moody post new wave treatment. I immediately loved it and so the direction was established. When we flip a song correctly you should have a hard time picking which version you like best!” Take a listen it to underneath the video for the main version of the song.

Last year, The Shins shared two standalone tracks in honor of their late touring member Richard Swift and re-released the long out-of-print songs “When I Goose-Step” and “The Gloating Sun”. More recently, Mercer joined Bruce Hornsby for a collaborative single called “My Resolve”.