"He had this shit called 'Romulan' one time, which was, probably, the best weed I ever smoked" 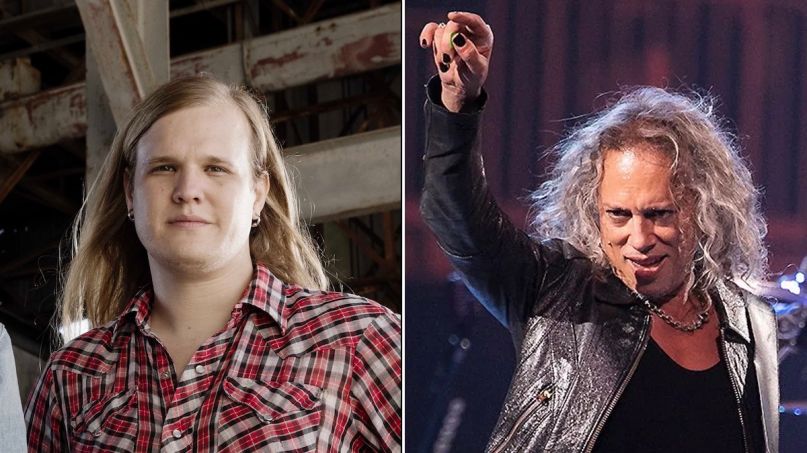 Back in 2008, Metallica and The Sword teamed up for the “World Magnetic Tour”. Somewhere along the way, Metallica’s Kirk Hammett offered The Sword’s Kyle Shutt some weed, and according to the guitarist, it’s the best he’s ever had.

With Shutt playing guitar in one of the most renowned stoner metal bands, Metal Injection put the question to Shutt: Of the artists who’ve smoked him up, who had the best weed?

Shutt answered immediately: “Kirk Hammett. He had this shit called ‘Romulan’ one time, which was, probably, the best weed I ever smoked.”

A Leafly search of the Romulan strain, named after the wise and mysterious Star Trek race, reveals that its a “powerful indica revered for its potent therapeutic qualities” that lends itself to “intense cerebral effects.”

Another time on the Metallica tour, The Sword bought a bag of weed called “God’s Gift” that was so pungent, it caught the attention of the Metallica camp, who had a no-smoking policy when the two bands happened to have adjacent dressing rooms.

“So we had this bag of ‘God’s Gift’; we weren’t even smoking it,” Shutt said. “We were just hanging out backstage, breaking it up, to take all the stems out. They came and knocked on our door like, ‘Hey guys, you know you can’t smoke in here, what are you doing?’ And we’re like, we’re not even smoking it, we’re just breaking it up,’ and they looked at the weed and they were like, ‘Wow… anyway, would you mind taking that outside?'”

Shutt was also quick to give fellow stoner rock heroes Clutch second place in his best smoke outs, which the latter would no doubt appreciate. “That goes without saying,” Shutt explained. “Those guys are made out of weed.”

The Clutch camp would later give The Sword the hookup on Willie Nelson’s alleged weed dealer in Nashville — a true sign of respect from one stoner act to another.

“We bought an ounce of that Willie weed, not his brand, but this was the stuff that Willie would buy when he would roll through Nashville,” Shutt reminisced. “Wow, that was incredible.”

Meanwhile, The Sword recently dug through their archives for two career-spanning compilations, and we spoke with singer-guitarist J.D. Cronise about the new collections. Read our interview with Cronise, and check out Shutt’s interview with Metal Injection below.