Aaron Sorkin’s Star-Studded The Trial of the Chicago 7 Gets First Trailer: Watch 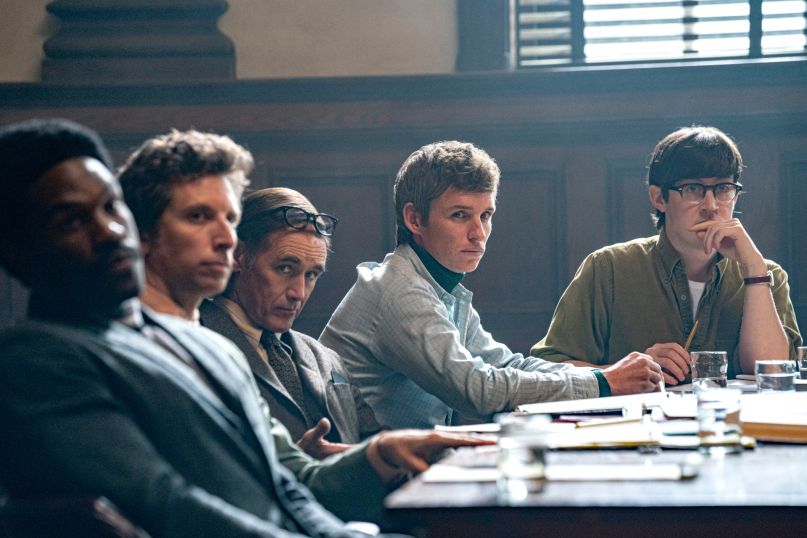 The Oscar hype is on for writer and director Aaron Sorkin’s star-studded historical drama The Trial of the Chicago 7. On Sunday night, Netflix dropped the film’s first teaser trailer ahead of its October 16th premiere on the network.

The film captures the events surrounding the 1968 Democratic National Convention, which saw a peaceful protest dissolve into a violent clash between the police and the National Guard. This led to seven organizers — which included Abbie Hoffman, Jerry Rubin, Tom Hayden and Bobby Seale — being charged with conspiracy.

Given the current political landscape — and the fact that this lands a few weeks before the 2020 Election — one might say The Trial of the Chicago 7 is a tad prescient, no? Whatever the case, it features the most incredible cast in recent memory, specifically Frank Langella, Michael Keaton, Sacha Baron Cohen, Yahya Abdul-Mateen II, Jeremy Strong, Joseph Gordon-Levitt, Eddie Redmayne, Mark Rylance, and John Carroll Lynch.

See most of ’em in action with the trailer below followed by its poster. Again, The Trial of the Chicago 7 arrives October 16th with a planned limited theatrical release in late September. The film is Sorkin’s followup to 2017’s Molly’s Game and certainly one of our most anticipated of the upcoming Fall season. No doubt about that.