This Is the Kit Shares New Single “Coming to Get You Nowhere”: Stream

From her forthcoming album Off Off On 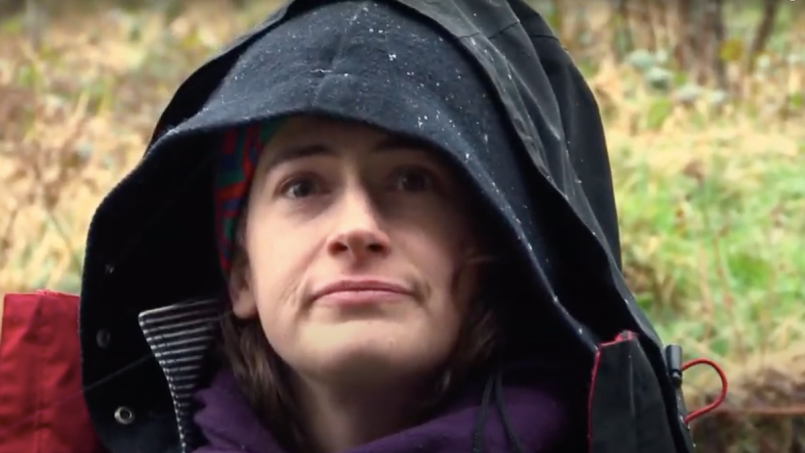 This Is the Kit, "Coming to Get You Nowhere" music video

After three years out of the spotlight, This Is the Kit returned in June to announce her upcoming album Off Off On.  Now the artist born Kate Stables has unveiled a contemplative new single called “Coming to Get You Nowhere”.

The song begins with a cascade of horns, like a brassy interpretation of a waterfall. Afterwards, the track settles into a groove with palm-muted guitars and This Is the Kit’s gentle soprano voice. The lyrics deal with the effort it takes to get yourself out of a rut. The song begins with the words, “There is too much noise/ I’ll meet you there in the dark/ Turn it, turn it down/ Time to procrastinate fast.” Occasionally, she punctuates her phrases with a call for “Energy, energy, please!”

The accompanying music video was constructed from footage of a minor automobile mishap. During rehearsals for Off Off On, some of Stable’s friends came to visit and their car became stuck. This Is the Kit saw this is as a metaphor for the song. She explained,

“We made the video from footage of our friend’s car getting stuck when they came to visit us during our rehearsal time just before we went into the studio to make Off Off On. It felt like a car getting stuck and people having to work together and ask for help to get it unstuck was a fitting story to accompany this song, which is itself about getting stuck and the ways we can help or hinder ourselves when it comes to getting out of unhealthy patterns. Making this video has been really nice for me during this time of not being able to get together with the rest of the band. I miss them and the time we spent together making Off Off On so it’s been great to hang out with them in video form. Not as good as the real thing of course but comforting none the less.”

Check out “Coming to Get You Nowhere” below. Off Off On arrives October 23rd, and pre-orders are currently On. Previously, she shared the lead single “This Is What You Did”. Before that, she was a busy part of The National’s live ensemble, performing at high-profile events including Kimmel and Colbert.