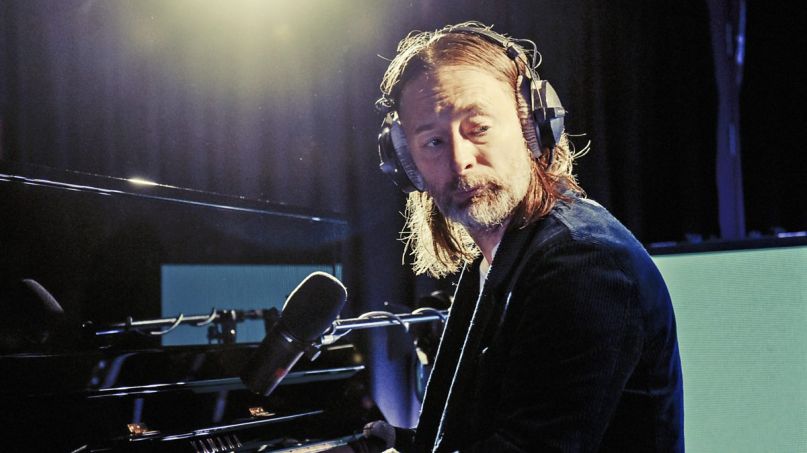 In a statement, Yorke said his own time in lockdown inspired him to rework Clark’s aptly titled track, “Isolation Theme”. “I simply made it feel like the moment we were entering; being told to stay indoors, entering a new type of silence,” Yorke explained. “I guess I simplified it in a way, into waveforms that were being disrupted. I was surprised how frightening it became.”

Clark previously worked with Yorke on a remix of the latter’s own “Not the News”. “I was surprised how well the midi translated to [Yorke’s] remix,” Clark said of their latest collaboration. “He got such a good pure electronic tone out of it. It amazes me how simple note information, if it has a nice shape, can transmit to multiple voicings. This isn’t good news for genres. It’s good news for me though.”

The expanded edition of Clark’s Daniel Isn’t Real OST is due out on December 6th. In the meantime, you can stream Yorke’s remix of “Isolation Theme” below.

Earlier on in quarantine, Yorke contributed a series of mixes to Sonos Radio and debuted a new song called “Plasticine Figures” on The Tonight Show.