Thom Yorke Again Postpones US Solo Tour Due to the Pandemic

The "Tomorrow's Modern Boxes" dates were scheduled for September and October 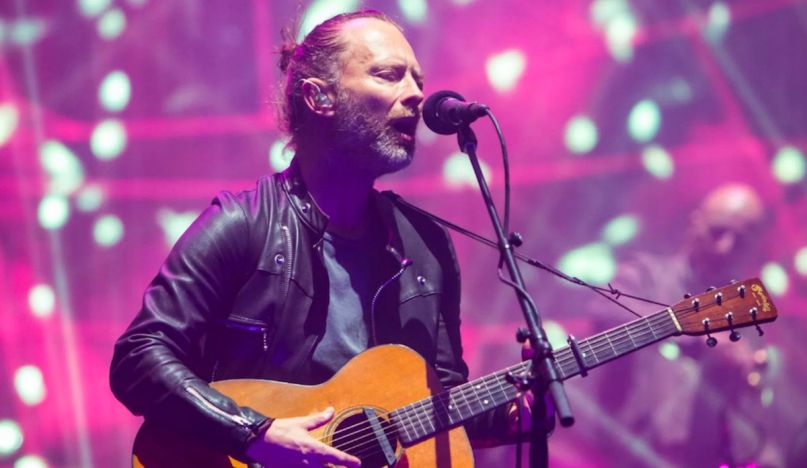 Due to the ongoing pandemic, Thom Yorke has once again been forced to halt plans for his “Tomorrow’s Modern Boxes” solo tour.

The Radiohead frontman’s fall shows in New York City, Sacramento, and Phoenix have been postponed indefinitely. Meanwhile, his dates in Washington, DC, Denver, and Chicago have been canceled outright. Tickets for original dates will be later honored, per a statement from Yorke, while refunds for the canceled shows will be available from the point of purchase.

Frustrated Yorke fans know this isn’t the first time the “Tomorrow’s Modern Boxes” itinerary has been pushed back. These dates were originally scheduled to take place in the spring around Coachella, but were delayed until the fall once quarantining began.

It’s hard to know when Yorke, or any other artist, will be able to confidently hit the road again. Some US venues have plans to reopen for limited capacity concerts, but overall most industry folks don’t think live music will be able to bounce back until 2021 at the earliest. That kind of forecast especially doesn’t bode well for the country’s indie scenes.

To help pass the time until then, revisit a playlist Yorke recently curated for Sonos Radio down below. It features everything from Laurie Anderson to James Blake to Nicki Minaj. The alt-rock frontman also debuted a new song called “Plasticine Figures” back in May.