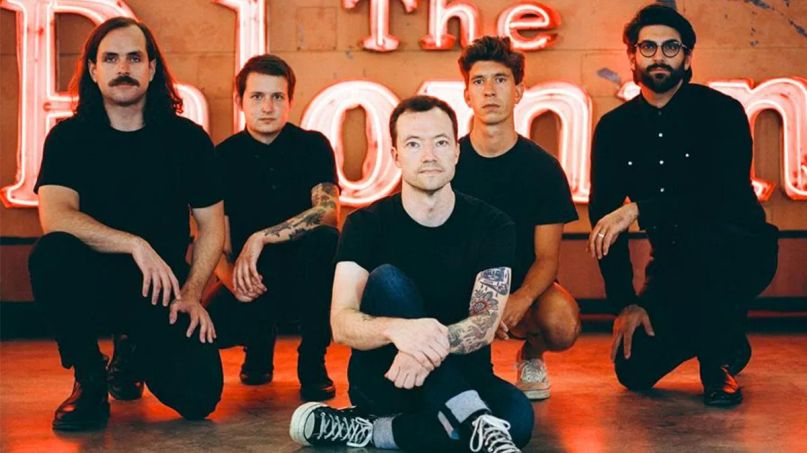 Touché Amoré have shared the latest single, “I’ll Be Your Host”, from their upcoming new album Lament (out October 9th).

“I’ll Be Your Host” is another emotional tour de force from the screamo veterans. It follows the pattern of excellence laid out by previous singles, “Deflector” and “Limelight” — tracks that placed Lament firmly among our most anticipated fall metal albums.

The track is multidimensionally meta, concerning singer Jeremy Bolm’s meditations on how his lyrics and songs affect listeners. The title, “I’ll Be Your Host”, becomes quite literal, with Bolm grasping how fans might “find catharsis in their own loss while he is still processing and dealing with his grief,” according to the press release. Likewise, he explores how that dynamic affects himself in turn.

“‘I’ll Be Your Host’ is a song about the overwhelming nervousness I get when someone approaches me and talks to me about their dead loved ones,” Bolm said. “I feel horrible because I 100-percent understand why they’re sharing it with me. It’s hard having to stomach tragic story after tragic story while sometimes being asked advice when I absolutely don’t have the answers.”

This alludes to Touché Amoré’s previous album, Stage Four, which was a tribute to Bolm’s late mother. The band have never shied away from transparent personal and emotional content in its songs, and Lament has the makings of its most intense work yet, “tackling themes of fragility, empathy, politics, and love while pushing forward a newfound sense of hope.”

The Ross Robinson-produced album is available for pre-order via Epitaph Records or Amazon. Stream “I’ll Be Your Host” below.