Aria DiMezzo's campaign song is Trivium's "The Heart from Your Hate" 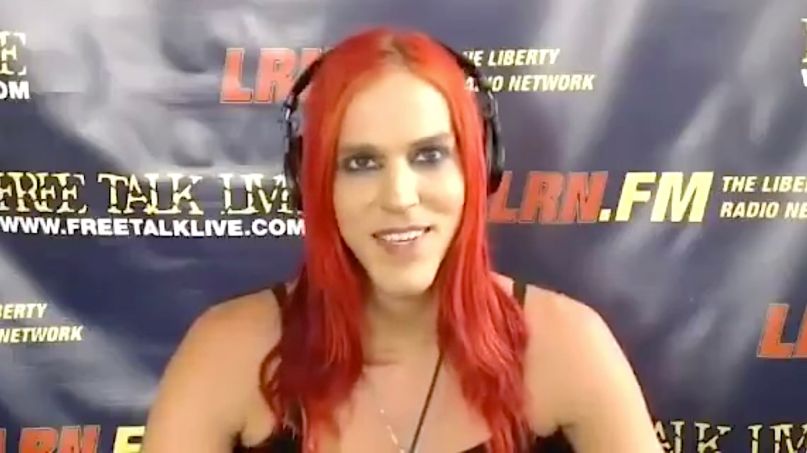 Wait until Fox News gets a load of this: A transgender metalhead satanist has won the Republican nomination for Cheshire County Sheriff in Keene, New Hampshire. Aria DiMezzo earned 4,211 votes from registered Republicans in a primary held Tuesday.

Granted, DiMezzo ran unopposed and still has to compete in the general election against popular incumbent Eli Rivera, a Democrat seeking his fifth term. But DiMezzo was still amazed that so many registered Republicans voted for her.

“I went into it expecting that I would lose the primary to a write-in candidate, because I didn’t think that so many voters were just… completely and totally oblivious about who they are voting for,” she wrote in a blog post.

DiMezzo, in fact, is a Libertarian who strategically ran as a Republican, knowing it would garner her more votes. “There’s a lot of really strong libertarian candidates, and they do a really good job,” she explained to the New Hampshire Union Leader. “Ultimately, the U.S. is a country with two parties and that isn’t changing anytime soon.”

It actually marks the second time DiMezzo ran for County Sheriff, having unsuccessfully run as a Libertarian under her previous male identity because she wasn’t able to legally change her name in time for the 2018 ballot.

In addition to being a Satanist (she’s the High Priestess of the Reformed Satanic Church) and an anarchist, DiMezzo is a metalhead who plays in the band FUD. In fact, she just announced that she’s using Trivium’s “The Heart from Your Hate” as her official campaign song.

And while DiMezzo is seeking the County Sheriff position, she is running on the slogan “F*** the Police”, adding another unconventional element to her campaign.

So, why run for sheriff? DiMezzo explained: “I’m running for sheriff because I oppose that very system, and the sheriff has the most hands-on ability in Cheshire County to oppose that system. The system that let you down by allowing me — the freaking transsexual Satanist anarchist — be your sheriff candidate is the same system I’m attacking.”

DiMezzo has already faced backlash, reporting that her car was vandalized once her story became known around the town. According to DiMezzo, someone spray-painted a homophobic slur on the side of the vehicle while also slashing the tires.