"It’s been so lit, some of our restaurants have temporarily sold out of some of the ingredients in the meal" 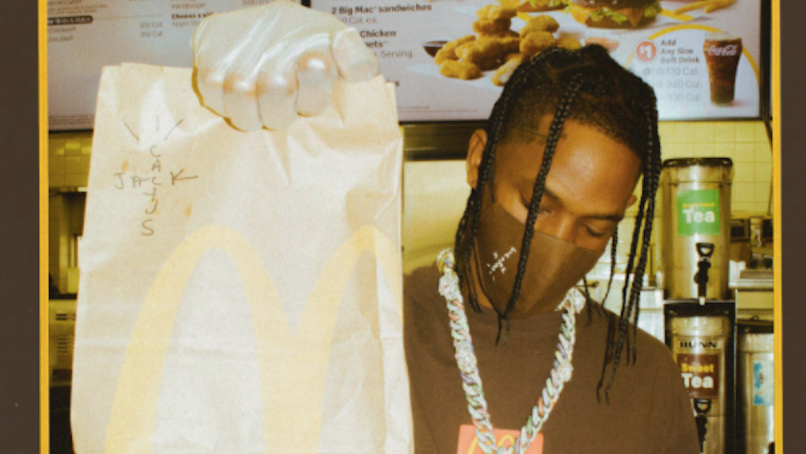 McDonald’s new promotion is nothing more than renaming a Quarter Pounder meal after rapper Travis Scott. Despite offering limited choices and the same general price tag, it’s a runaway success. So much so, in fact, that McDonald’s has been forced to restrict access to the Cactus Jack special as stores run out of ingredients.

The Travis Scott Meal comes pre-customized as a Quarter Pounder with cheese, bacon and lettuce, plus a medium order of fries, BBQ sauce, and a Sprite. It costs $6, which is slightly more than a conventional Quarter Pounder meal, but a mild bargain considering the added bacon and BBQ. More than anything, it’s a testament to how willing Americans are to change their behavior because a celebrity told them to.

In fact, so many people have followed Scott’s decree to order with the words, “Cactus Jack sent me,” that it’s become a viral meme. A new TikTok craze finds members of the coveted under-34 demographic pulling up to drive-throughs, announcing “You know what I want,” and then blasting the song “Sicko Mode” for temporarily-deafened employees. As someone who worked in a McDonald’s drive-through from ages 14 to 16, I can almost guarantee that the loudest and most obnoxious people to order this way received an extra side of saliva for their troubles. Pandemic or no pandemic, “Sicko Mode” goes both ways.

Regardless, the celebrity partnership is putting the gold in the Golden Arches. Many stores are running out of ingredients, particularly the quarter-pounder patty, shredded lettuce, slivered onions, and bacon strips. In a memo to employees and owners countrywide, McDonald’s wrote, “We’ve created a program that’s so compelling to our customers that it’s stretching our world-class supply chain; and if demand continues at these levels, more restaurants will break supply.”

Mickey D’s confirmed to USA Today that such shortages were already happening. In a sentence that makes the burger chain seem cool and hip and not-at-all-desperate, they said, “It’s been so lit, some of our restaurants have temporarily sold out of some of the ingredients in the meal.”

To give the supply chain a chance to catch up — and to lend that “Sicko Mode” shine to another product — future Travis Scott meals will have to be purchased through the McDonald’s app. The company added, “We’re working closely with our suppliers, distributors and franchisees to resupply impacted restaurants as quickly as possible.”

If this news has ruined your day, fret not — for while you may not be able to get your hands on Scott’s meal, you can always sleep with a Cactus Jack Chicken McNugget body pillow.

Travis Scott remains a sought-after collaborator outside of the fast food market. He recently shared “The Plan” for Christopher Nolan’s Tenet trailer, confirmed a Kid Cudi collaborative album, joined Kanye West for “Wash Us in the Blood”, and teamed up with Rosalía on “TKN”.