The UPS driver, who recently made a young boy's day, is receiving a Gibson Les Paul Classic 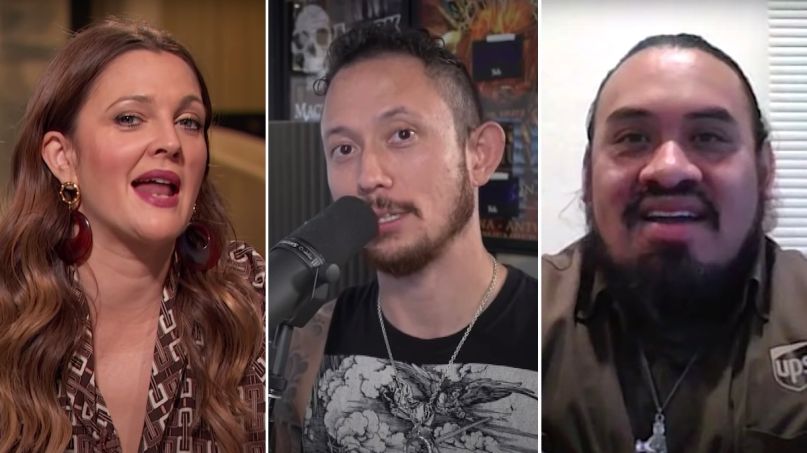 Just a couple weeks after its premiere, Drew Barrymore’s new talk show has already earned some major metal cred. Trivium frontman Matt Heafy recently made an appearance on the daytime television program to gift a Gibson guitar to a hero UPS driver.

On a recent episode of The Drew Barrymore Show, the actress spotlighted a UPS driver named Hector as part of her “Drew Gooders” segment. Hector recently went viral for a super-cool gesture that made a young boy’s day.

As the parents of four-year-old Langston explained, the youngster has been lonely and cooped up inside during the COVID-19 pandemic, and gets excited anytime a delivery person comes by. One day Langston asked Hector if he had a package for him, but Hector had to tell him he didn’t have anything. Cut to the next day, when Hector came by the house and delivered Langston a package full of toys and candy that he had packed himself.

After Hector told his story to Barrymore, the host mentioned that she heard Trivium was one of his favorite bands. She then cut to a video of frontman Matt Heafy, who held up an ebony Gibson Les Paul Classic guitar, and let Hector know he was going to be getting one shortly.

As for little Langston, it appears he has similar taste in music. “I like Hector when he plays his music and drives by my house,” the little boy commented on the show.

The feel-good story comes as Trivium are mourning the loss of their former bassist. Sadly, news came over the weekend that Brent Young, who was a member of the band from 2000 to 2004, had passed away.

Watch the entire segment involving Matt Heafy, Hector, and Langston on The Drew Barrymore Show below.