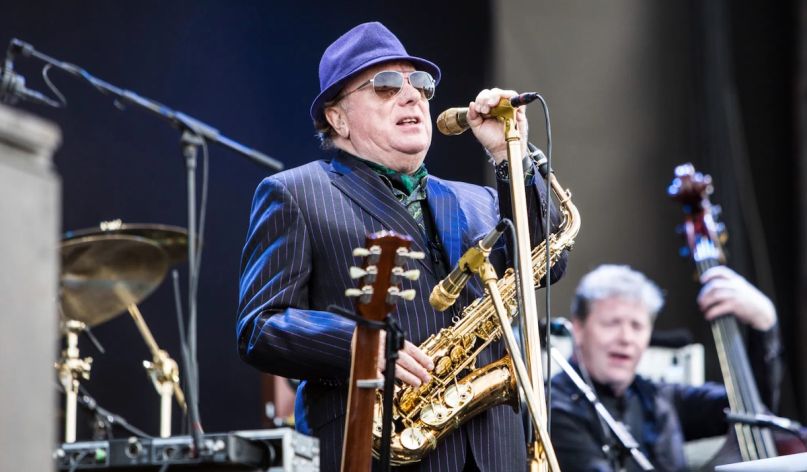 The coronavirus death toll is currently 947,000, and Europe is in the midst of its second wave of the pandemic. And yet somehow there are still people like Van Morrison who believe it’s all a hoax and insist on putting more people’s lives in danger.

In a statement last month, the Northern Irish songwriter dismissed socially distanced concerts as “pseudo-science”, and called on fellow musicians to join him in demanding a return to “full capacity audiences.” Now, to further drive his ill-informed point home, Van Morrison has announced a series of anti-lockdown protest songs.

As the BBC reports, the “Brown Eyed Girl” musician plans to release three different singles in the near future. All of them bear cringe-worthy titles — the kind that Trump or one of those embarrassing Target Flash Mob anti-maskers would probably proudly take on as one of their protest chants.

The first in the series is called “Born to Be Free”. Due out next week, its lyrics go something like this (via The Telegraph): “The new normal, is not normal/ It’s no kind of normal at all/ Everyone seems to have amnesia/ Don’t need the government cramping my style/ Give them an inch, they take a mile.”

Another song, “No More Lockdown”, sees Van Morrison railing against the government and “fascist bullies” who are “disturbing our peace.” Disruption huh? It sure must be nice to be so privileged in the middle of a global health crisis.

The third entry, “As I Walked Out”, has a bone to pick with supposed misinformation distributed by experts. “Well, on the government website from the 21st March 2020/ It said COVID-19 was no longer high risk/ Then two days later/ They put us under lockdown.”

Speaking about this trio of songs, Van Morrison defended his stance. “I’m not telling people what to do or think, the government is doing a great job of that already. It’s about freedom of choice, I believe people should have the right to think for themselves.” That’s precisely what a Karen would say.

Editor’s Note: Don’t be like Van Morrison; stay safe by picking up one of our custom face masks. A portion of the proceeds benefit MusiCares’ COVID-19 Artist Relief fund supporting independent musicians.