"I’m just messing around like a tired sad shit," she said of her homemade IGTV rendition 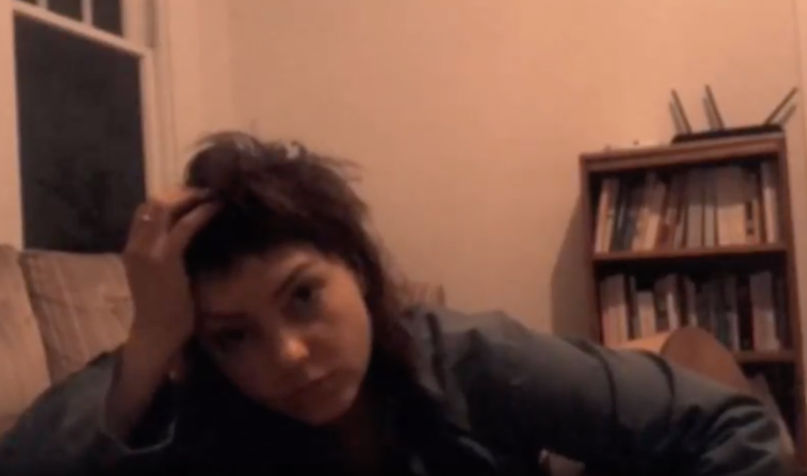 The pressure to be productive while in quarantine continues to be very real, but Angel Olsen has made it look fairly effortless. In addition to rolling out a stellar new album, Whole New Mess, she’s spent the last few months sharing cover after cover. In March, she took on Roxy Music’s “More Than This”, followed by the Tori Amos original “Winter” in April. For her latest reworking, Olsen has tackled “Beware of Darkness” by George Harrison.

Originally appearing on The Beatles guitarist’s All Things Must Pass album, the 1970 track was described by Olsen as “pretty great.” Her rendition, uploaded directly to IGTV late Thursday night, is similarly impressive in its vulnerability and starkness.

“I’m just messing around like a tired sad shit,” Olsen wrote of her version, which was filmed in her dimly lit living room. There is a certain overwhelming heaviness to her performance — so much so that the folk songwriter had to pause for a moment just a few seconds into the song. But Olsen’s ability to live in, and oftentimes even embrace, that uncomfortable weight has always been one of the most captivating aspects of her music.

Watch her “Beware of Darkness” cover down below.

In our review of Whole New Mess, Consequence of Sound writer Laura Dzubay praised, “This is an album that makes you think about process. Olsen is reimagining old ideas here, but with an updated imagination, and the resulting music pulls into focus the idea that pieces of art are never stagnant, but instead dynamic manifestations of artistry captured at certain moments in time.” Purchase yourself a copy of the album here.