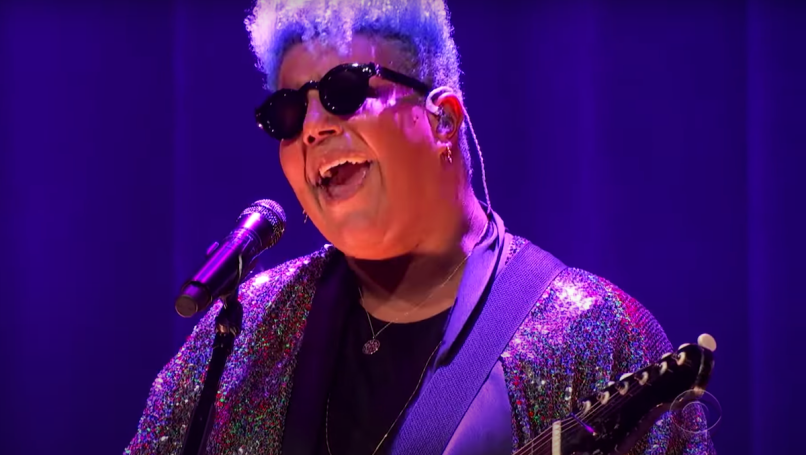 Earlier this month, Brittany Howard was remixed by Bon Iver and EarthGang. Now, the Alabama Shakes frontman has again taken center stage — this time quite literally — with a performance on The Late Late Show with James Corden.

Appearing on Tuesday night’s episode, the incomparable Howard flexed her impassioned pipes while delivering “Baby”. A pair of backup singers and a full band also accompanied her in social distanced fashion. It was a solid yet bittersweet reminder of just how darn good she is live and how much she’s sorely missed on the road.

Howard later spoke to Corden about her upcoming birthday (October 2nd, mark your calendars), and how she plans to celebrate with a fishing trip. She also talked about her newest quarantine hobby — while we’ve all been baking bread, Howard seriously picked up power lifting. Replay both video segments below.

Howard’s debut solo album, Jamie, was one of our favorites of 2019. She recently performed another one of its singles, “Goat Head”, on The Tonight Show.

Got something special planned for y’all tomorrow night on the @latelateshow with @JKCorden. Tune in at 12:37/11:37c on CBS! #LateLateShow pic.twitter.com/Q6AOSTyHW0